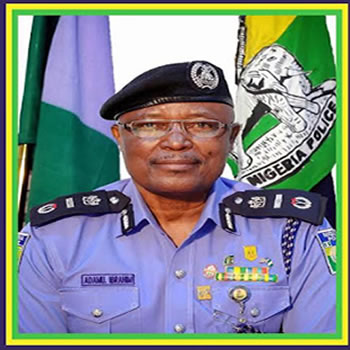 THE Assistant Inspector General of Police (AIG) in charge of Zone 2, comprising of Lagos and Ogun states Police Commands, Mr Adamu Ibrahim, on Monday, assured the public, especially parents of the kidnapped students of Lagos State Model College, Igbonla-Epe, that all hands were on deck to ensure the safe return of the students very soon.

AIG Ibrahim gave the assurance while speaking to correspondents after a meeting with Governor Akinwunmi Ambode at the Lagos House in Ikeja, saying security agencies were working tirelessly to ensure the return of the students and reunite them with their families.

“In fact, very soon, you will hear good news on the issue. We are working seriously on it. At this stage, I will not want to disclose too much because these are security issues but all I want to say is that people should give us a chance and very soon, they will hear good news,” the AIG assured.

Ibrahim also commended the Lagos State government, especially Governor Ambode, for efforts at improving the security architecture in the state.

He said: “People are, in fact, aware of what the Lagos State government is doing on security, which no other state is doing. So, all efforts are on to ensure that there is total peace in the state. Lagos is doing perfectly well in assisting security agencies to do their work and we must commend these efforts.”

2019: I did not call for any political meeting ―Atiku