Key dates in the life of Fidel Castro 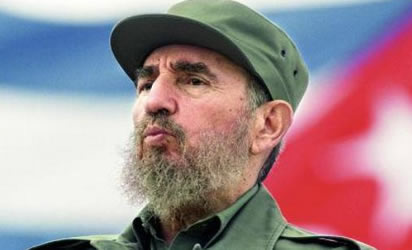 FIDEL Castro was one of the key figures in 20th century Latin America, the object of praise and criticism during his near half-century, iron-handed transformation of and rule over Cuba.

August 13, 1926: He was born in the eastern Cuban town of Biran on. Matriculates at the University of Havana; earns a law degree in 1950.

1947: He participated in failed revolutionary mission in the Dominican Republic.

1948: He attended the Anti-Imperialist Student Council in Bogota; and also participated in the popular revolt known as the “Bogotazo.”

1953: Castro led a failed assault on the Moncada Barracks in Santiago de Cuba, the first effort to topple Fulgencio Batista’s dictatorship and later got 15 years in prison.

1956-59: He led the guerrilla fight to oust Batista. In 959, entered Havana in triumph on January 8; travels to receptions in Venezuela, the United States, Canada, Brazil, Argentina and Uruguay.

1961: Castro proclaimed himself a Marxist-Leninist and rebuffed the Bay of Pigs invasion by the United States.

1962: He accepted the withdrawal, after the Cuban Missile Crisis, of mid-range Soviet missiles stationed on the island.

1990: With the Cold War ended, and with it, Soviet economic support, Castro decrees an emergency economic programme; changes country’s motto from “homeland or death” to “socialism or death.”

1992: For the first time, he made the first official visit to a West European country, to Spain.

2003: Castro ordered detention of more than 70 dissidents, and the execution of three people who hijacked boat to escape.

July 31, 2006: He temporarily delegated power to his brother, Raul in order to undergo surgery for intestinal bleeding.

2011: Fidel Castro formally stepped down as leader of the Cuban Communist Party, succeeded by Raul Castro, who increases opportunities for limited forms of private initiative but vows “to preserve and to keep perfecting socialism.”

March 30, 2015: Castro was last seen in public when he talked to a Venezuelan delegation at a Havana school.

November 25, 2016: Castro dies aged 90 on Friday. Castro remained a world figure in many controversial issues that borders on relating to the west. To his people and friends all over the world, Castro was an enigma, who will be hard to forget.