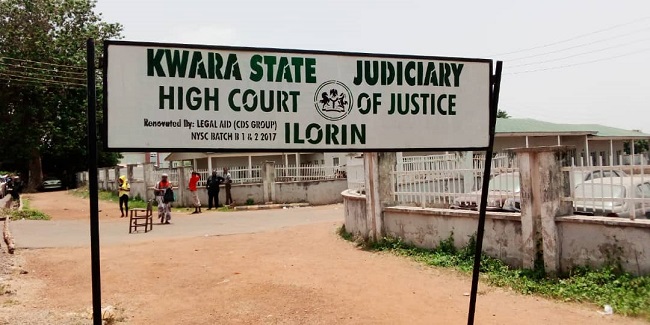 Following strike action embarked upon by members of the Judiciary Staff Union of Nigeria (JUSUN) across the country, activities at various courts in Kwara State were paralysed on Tuesday.

Most of the state and federal high courts visited within the Ilorin metropolis were under lock and key.

Speaking with journalists, the state chairman of JUSUN, Comrade Sambo Ibrahim, said that the strike would be indefinite except the government responds to their demands.

“It is a national strike and we can’t afford to opt-out of it. There are some other reasons for the strike but the main reason for the strike is to grant us Financial Autonomy which is acceptable to us all. It was a collective decision,” he said.

He said the judiciary as the third arm of government is still working under the executive against the spirit of separation of powers.

”The courts now are totally grounded and nothing is working, various departments, commissioner for oaths are all affected and there will not be any adjudication of rule of law for now because even the judges are affected and nobody will be allowed to come into the court premises,” he said.

At about 25 minutes, the train slowed down at the uncompleted Omi-Adio terminal, a village on the Abeokuta/Ibadan expressway; it’s a stone throw from Apata in Ibadan. Conveyance of passengers from there and other terminals has not kickstarted as the terminals are still under construction and workers were found there…JUSUN strike paralyses court activities in Kwara