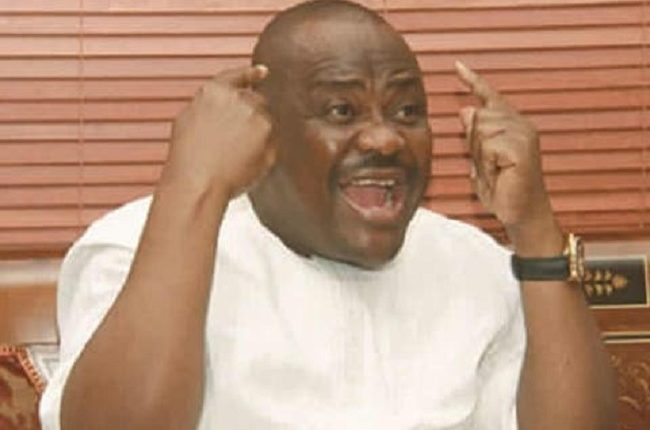 Speaking on his mobile phone, the Rivers State Commissioner for Information, Mr Paulinus Nsirim who confirmed the incident said that he was still trying to figure out the reason for the police action.

Nsirim said: “The police should be the one to give you the reason why my governor’s hotel room was sealed off by the police. All I can say is that his hotel is under siege by a detachment of policemen. I don’t know the reason for the action. Nobody told us.”

Persistent attempts to speak with either the Edo State Commissioner of Police, Mr Johnson Kokumo or the spokesman, Mr Chidi Nwanbuzor proved futile as they refused to answer several calls put to their mobile phone numbers.

The Zone Five Police spokesman, Mr Emeka Iheanacho who spoke on his mobile phone said that he was not competent to speak on the issue.

The South-South zonal vice-chairman of the People’s Democratic Party (PDP), Chief Dan Orbih said that he was not aware of the travails of Governor Wike in Benin as he was presently in his hometown of Ogbona, Etsako West Local Government Area of the state to prepare for today’s governorship polls.

THE Minister of state in the Federal Ministry of environment Mrs. Sharon Ikeazor has commended the National Biosafety Management Agency (NBMA) for its efforts in ensuring that the activities of modern Biotechnology and its products are properly regulated. police
https://tribuneonlineng.com/minister-commends-nbma-on-regulations-for-gmos/ police

Minister of Education, Adamu Adamu in a statement on Wednesday, commemorating the first International Day for the Protection of Education from Attack, stated that the protection of learners, teaching and non-teaching personnel, schools and learning centres from all forms of attacks was an obligation of government and all relevant stakeholders.
https://tribuneonlineng.com/fg-reiterates-commitment-to-protection-of-schools/ police