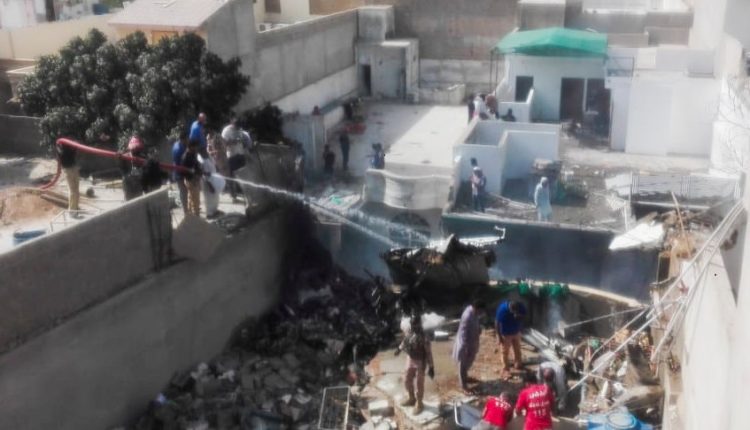 A rescue-and-recovery operation is underway after a passenger plane carrying 100 passengers and eight crew members crashed in a residential area minutes before it was due to land in Karachi, Pakistan, on Friday, the New York Times reported on Friday. 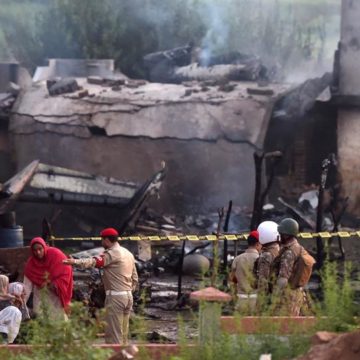 Unverified footage circulating on social media showed black plumes of smoke rising from a row of houses in Karachi.

Prime Minister Imran Khan wrote in a tweet he was “shocked and saddened” by the crash.

Foreign Minister Shah Mahmood Qureshi said via Twitter: “Deeply grieved over devastating plane crash in res area flying to Khi & mins away from landing with many making way home for Eid. Terrible tragedy, my prayers with all families.”

The Pakistani army said it was sending helicopters to the scene to assist with the rescue.

The pilot had told the control tower that he was having technical difficulties, according to Air Vice Marshal Arshad Malik, chief executive of Pakistan International Airlines, which is the national carrier. He said in a video message that the airline was trying to determine what those difficulties were.

The A320 typically has around 180 seats. The crash happened just days after Pakistan began allowing domestic flights to resume, after a lockdown to contain the spread of the coronavirus.
Domestic flights have only recently restarted after being grounded in Pakistan due to the coronavirus pandemic. International flights are not due to start again until May 31.

APC condoles with Olusola Oke over loss of mum