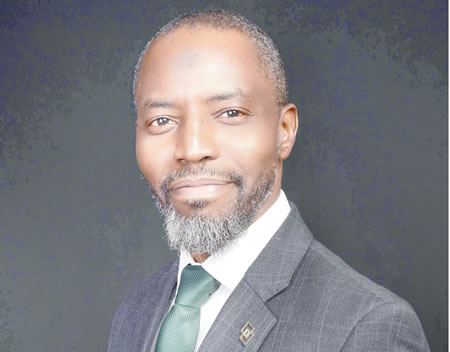 The Hajj Savings Scheme that would make it easier for Muslims in Nigeria to travel to Saudi Arabia to perform Hajj has been launched in Kwara and Oyo States, respectively.

The launch and awareness sensitisation in the respective States took place in Ilorin on January 27 and in Ibadan on January 28, 2021, with many stakeholders in attendance.

A statement quoted Jaiz Bank’s Managing Director/CEO, Hassan Usman, as saying the National Hajj Savings Scheme is a significant milestone for all stakeholders in the hajj ecosystem in Nigeria.

Represented by Ismaila Adamu, Usman noted the importance of the scheme emanated from the fact that right “from planning, funding to actual operations, the scheme has the potentials to positively affect every act and actor in the process.

“With such a scheme in place, intending pilgrims that do not have the wherewithal can gradually plan and actualise their dream without stress by saving gradually.”

He said that even those who do not live long enough to complete their savings might still in “Allah’s infinite mercy receive the reward for hajj because they are pilgrims by bringing intention (niyyat) and action (amal) together.”

Representing the Chairman of National Hajj Commission of Nigeria, Barr Zikrullah Kunle Hassan, Hajiya Halima Jibril thanked the governments of the States for the host.

She said HSS has several benefits amongst which is to assist the less privilege to save money over time to go to hajj; it also include profits earnings from the savings.

She said: “You don’t have to sell your farmland to go to hajj as the scheme will make hajj fare affordable.”

Honourable Kadi of Kwara State Sharia Court of Appeal, Ilorin, Hon Justice Abdullateef Kamaldeen, advised that it is not easy carrying people along “but with sincerity of mind and physical commitments, the success and accomplishment will be achieved.”

In his response, the Secretary to Kwara State Government, Prof Mammah Saba Jibril, welcomed the initiative, saying “with this sharia-compliant scheme, intending pilgrims can now save for Hajj overtime and even specify when they intend to go for Hajj. It will also no doubt raise the hope of less privileged Muslims ummahs to participate in the Hajj exercise by a gradual deposit for Hajj.”

The Chairman of Oyo state Muslims Welfare Board, Prof Sayed Tunde Malik, said the scheme has the potential of bringing about financial inclusion and urged every Muslims to key into the programme.

In his speech, Governor Seyi Makinde, represented by his COS Alhaji Bisi Alaka, welcomed everyone to Ibadan. He said this is an important event taking place during his tenure as governor of Oyo State.

He said: “It is an initiative that would ensure discipline and teaches pilgrims financial inclusion. We will continue to implement policies that would promote the welfare of the people of the state. I, therefore, urge all Muslims in the state to subscribe to the scheme.”

Traders protest over delay in reconstruction of Akarigbo market