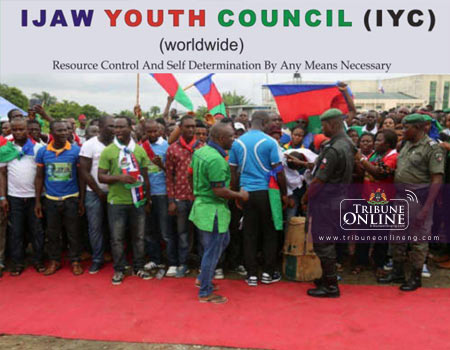 The central zone of IYC comprises Bayelsa State and some LGAs in Rivers State. Former Secretary of the Central Zone of the IYC, Mr Prince Okenema, has, therefore, urged youths in the special chapter to close ranks and bring development to their area.

He gave the charge while briefing newsmen at the inauguration of the Abua-Odual, and Engenni-ogbogolo special chapter of the IYC in Akinima on Friday.

Okenema described the event as remarkable in the history of the IYC, adding that they could now operate on their own and be autonomous as the Abuja and Lagos chapters of the council.

He noted that it was due to the marginalization of the people of the area that gave rise to the creation of the special chapter out of the central zone of the IYC.

He advised them to ensure that every clan in the special chapter was carried along in the scheme of things.

The former IYC secretary in the central zone further said that the Abua-Odual and Engenni-ogbogolo clans were big enough to operate as a special chapter.

Okenema pointed out that stakeholders in the central zone were fully in support of the creation and inauguration of the Abua-Odual, Engenni-Ogbogolo special chapter.

On his part, the newly-inaugurated chairman of the special chapter, Sokari G. Sokari explained that his people in Ahoada West, Abua-Odual, Engenni-ogbogolo clans sat after the conduct of the Central zone election and resolved that they should operate as a special chapter instead of fighting and causing trouble after an election which they were harassed, intimidated and marginalized.

Sokari noted that his people, who are peace loving, decided to achieve their aim without fighting, because they had been deprived of occupying key positions in the zone, adding that they were not out of the IYC but had formed a new chapter.

He added that some people might want to argue that their decision was not in line with the IYC constitution, but stressed that the IYC at present did not have a working constitution but operates with conventional rules

Sokari maintained that ”this is the best time for the special chapter to be created. They have endured a lot of marginalization and the issue of “core-Ijaw” and “non-Core Ijaw”.

The chairman of the special chapter observed that in the just-concluded election in the central zone, each local government area presented a total of 10 delegates to vote, but Ahoada West, Abua-Odual were asked to present five delegates.

Sokari, who wondered why they were short changed, promised to operate an open door system and carry every stakeholder in the area along in the scheme of things, promising that his team would tackle insecurity as well as ensure peace in the area.

Lagos students Kidnap: The untold story of how the boy regained freedom