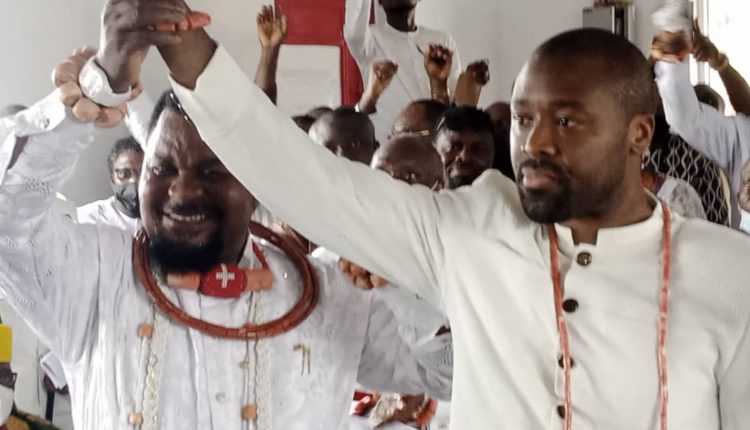 The death of the 20th Olu of Warri, Ogiame Ikenwoli, has been announced and an Olu designate presented.

The announcement was made on Monday at the ancestral home of all Itsekiri, Ode-Itsekiri (Big Warri) by the Iyatsere of Warri kingdom, Chief Johnson Atserunleghe, on behalf of the Itsekiri National Assembly.

Making the announcement at the Assembly of all Itsekiri, the Iyatsere also introduced the Olu-designate, Prince Itieyinoritsetsola Emiko, to the people. 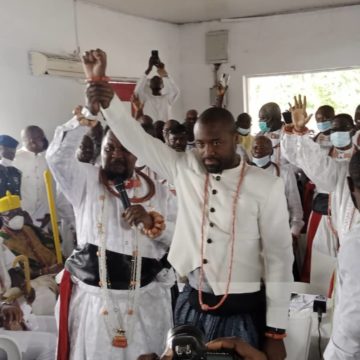 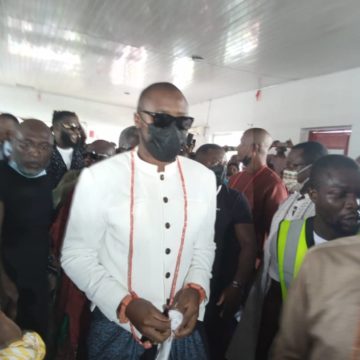 But while announcing the demise of the Olu at the solemn assembly, Chief Atserunleghe broke the symbolic pots containing white native chalks one after the other on the floor, announcing: “Ale-jefun ooo” after each session.

The announcement of the departure of the 20th Olu was also greeted with 20 cannon shots signifying that 20 Olus had reigned so far.

Meanwhile, three months of mourning of the departed Olu has been announced with ritual restrictions.

During the restrictions, no ceremony involving drumming and dancing is allowed in Iwere land, no merry-making of any kind and all Itsekiri sons and daughters are expected to tie their wrappers upside down for the duration of the mourning.

He attended the NNPC Primary School in Warri and for his secondary education, at Adesoye College, Offa, Kwara State, from 1995 to 2001.

Emiko got admitted to Case Western Reserve University, Cleveland, Ohio, United States where he bagged his Bachelor’s of Arts, majoring in International Studies and Political Science, while minoring in History and Economics between 2002 and 2006.

He went further to earn a Masters of Science in Management from Case Western Reserve University in 2007.

He returned to Nigeria for his NYSC in 2008 where he served in the Public Affairs Department of National Petroleum Investment Management Services (NAPIMS).

From 2009 to 2010, he worked as an officer at the Shell Night Closed Pension Fund Administrator (SNCFPA) and worked for Sahara Energy as a Government Relations Officer (2010-2012).

He is the Chairman, Ocean Marine Security Ltd and Director, Gulf of Guinea Ltd and Vessellink Nig Ltd. His business acumen may be said to have flowed down from his late Father.

In the penultimate week, (March 7 – 13), there were 2,300 cases, a reduction when compared to the 2,817 recorded in the previous week’s (February 28 – March 6)…JUST IN: Itsekiri formally announce passage of Olu of Warri, Ogiame Ikenwoli, presents Olu of Warri-designate