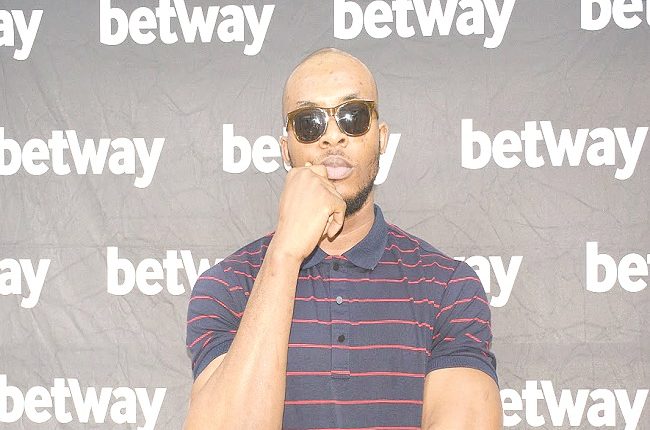 On Sunday, August 9, Eric and Tochi were evicted from the Big Brother Naija Lockdown house. Headline sponsor of the Big Brother Naija show and premium entertainment brand, Betway, recently took the newly evicted housemates on an After The House media tour where they visited several radio stations to talk about their time in the house, experiences with other housemates, and life goals moving forward.

While Tochi’s eviction came as a bit of surprise to viewers, we have to admit that seeing Eric leave the house wasn’t a shocker.

Eric had been in a relationship with ex-housemate Lilo, and his relationship with her consumed his time, preventing him from interacting with the other housemates and showcasing his personality to viewers. Even after Lilo’s eviction, Eric still had quite the low-profile week.

Unfortunately, after Lilo was evicted, she appeared to blame Eric for her early dismissal from the house. Eric was initially looking forward to continuing his relationship with her, but on hearing what Lilo had said about her relationship with him, he said he was shocked but not surprised, and added that he respected her decision to go back to her boyfriend.

“Lilo and I distracted each other,” he said.

When asked about his thoughts about the other housemates, Eric explained that he believes Erica is playing a game with the Laycon/Kiddwaya love triangle, that Nengi’s behaviour in the house is a part of her strategy, and that he would like for Neo to win because he’s a great guy and a good friend.

Magu Cries Out Over Fair Hearing, Lawyer Writes Salami Panel
SUSPENDED acting chairman of the Economic and Financial Crimes Commission (EFCC), Mr Ibrahim Magu, has told the Ayo Salami-led Judicial Commission of Inquiry that his rights to a fair hearing are being violated. This is contained in a letter written by Magu’s lawyer, Mr Wahab Shittu, dated August 11, and addressed …Lilo and I distracted each other

FG To Deduct Money From States Over Double Taxation
THE Federal Government is set to sanction states engaging in double taxation in the country, as the Federal Executive Council (FEC) has asked the Minister of Finance, Budget and National Planning, Hajia Zainab Ahmed, to deduct money from the source from those states…Lilo and I distracted each other

Insecurity: NGF Calls For Investigation Into Obadiah Mailafia’s Allegation
The Northern Governors Forum (NGF) has called on security agencies to investigate the allegation by a former Deputy Governor of the Central Bank of Nigeria, Dr Obadiah Mailafia, that “…one of the Northern governors is the commander of Boko Haram in…Lilo and I distracted each other

FG Set To Pay N22.6 Billion Final Entitlement Of Ex-Airways Workers
THE former workers of the defunct national carrier, Nigeria Airways, may soon have cause to smile as indications have just emerged that efforts are on top gear to ensure the payment of the final batch of their benefits. Information flittered out early in the week of the ongoing move by the Federal Government to offset…Lilo and I distracted each other

UNILAG Council Appoints Omololu Soyombo As Acting VC
With the removal of Prof Oluwatoyin Ogundipe as Vice-Chancellor, University of Lagos, the governing council has appointed Prof Omololu Soyombo as acting vice-chancellor. Registrar of UNILAG, Oladejo Azeez, in a statement also confirmed that Ogundipe was lawfully removed as vice-chancellor at an emergency meeting…Lilo and I distracted each other

Extending the lifespan of your tyres