Issues in Court of Appeal verdict on Makinde, Adelabu tango 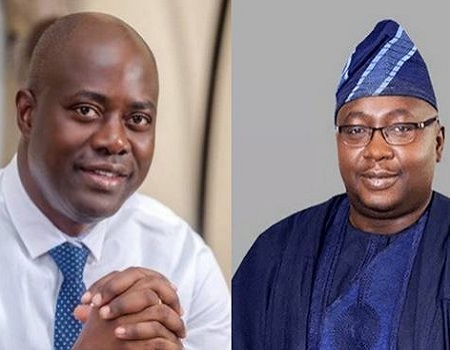 KUNLE ODEREMI X-rays the unending controversies and confusion created by the judgment of the Court of Appeal, last Monday, on the March 9 governorship election in Oyo State.

Six months down line, the outcome of the last governorship election still enjoys public attention in many states across the country. The great electoral feat achieved by the candidate of the Peoples Democratic Party (PDP) and the incumbent governor of Oyo State, Seyi Makinde, remains a major political discourse. The attendant goodwill occasioned by the upset he recorded against the standard-bearer of the ruling All Progressives Congress (APC), Bayo Adelabu, coupled with what some observers regard as the paradigm shift in approach to governance form critical issues of intellectual engagement and projection.

The Court of Appeal, sitting in Ibadan, however, raised the bar on the discourse through its ruling, on Monday, on the appeal filed by the APC candidate against the verdict of the Oyo State governorship Election Petition Tribunal that upheld the victory of Makinde. The judgment triggered sensational headlines in the media with different groups and individuals trying to interpret the verdict ostensibly to suit certain political interests, divides and inclinations. Some were serious, in-depth and scholarly; others were puerile, sublime and based on crass ignorance as they lacked logic and reason, just as others were tantamount to act of perjury and perfidy because, according to quite a number of analysts, they were based on bigotry and inconsistency. On the whole, the Court of Appeal judgment has thrown up some fundamental issues, including institutional integrity of democratic institutions and their actors.

Beyond the legal implications of the judgment were the pervading confusion and uncertainties wrought by the judgment. This was because the four-man panel defied the understanding of many, including legal professionals. The appellate tribunal, led by Justice Abubakar Yahaya, did not give either party to the suit a cause to really celebrate as it gave a controversial judgment that neither nullified the electoral victory of Governor Makinde nor asked for a cancellation of the election that brought him to power, as prayed for Adelabu.

The court, in its ruling, noted that there was a miscarriage of justice at the state election petition tribunal, as it declared that the lower tribunal did not consider every document put at its disposal before dismissing Adelabu’s contentions and declaring Makinde as the winner of the March 9 governorship election in the state.

In the same breathe, the Appeal Court resolved in favour of Makinde the four issues filed by the APC candidate, even as it noted that, in the circumstances, the 180-day window opened for the tribunal to operate had lapsed and, consequently, there was no reason to touch the ruling of the lower court. However, the refusal of the appellate tribunal to make any pronouncement as to its findings made it difficult to decide who emerged victorious, as both parties started interpreting the ruling, based on their understanding and beliefs.

Nonetheless, the spontaneous reaction of the governor remains unambiguous: he says he remains the custodian of the scared mandate of the people freely given to him on the Election Day. “There is no ambiguity as to the state of things in our pacesetter state as far as the election of March 9, 2019 is concerned. Our party, the Peoples Democratic Party (PDP), won the election. The victory was reaffirmed by the judgment of the Election Petitions Tribunal, sitting in Ibadan,” Makinde declared.

For the umpteenth time, the governor emphasised that he remained fully on course in his determination to take Oyo State to greater heights through his four-pronged agenda. Of course, many believe that Makinde has been demonstrating the avowed commitment through open proclamation and affirmative action on such programmes aimed at achieving human capital development and creating a clement economic climate in the state. So his advice is that the citizens should discountenance reports based on blatant lies and falsehood on the judgment of the Court of Appeal.

But Adelabu believes the verdict of the Court of Appeal has created a window of opportunity for him, though it failed to upturn the victory of Makinde, based on the results of the election by the Independent National electoral Commission (INEC). He sees a great opportunity in the Supreme Court addressing the matter he plans to bring before it, based on what he perceived as veritable ground. His words: “Now that the Appeal Court has set the tone of righting the wrong, I appeal to the good people of Oyo State to hold the peace and go about their lawful activities as we approach the Supreme Court to validate your victory. After the darkness, no matter how long it takes, comes sunshine. Victory is certain for us and the mass of the people of our state.”

Expectedly, Adelabu had a companion in his party, the APC, which insisted that despite the huge difference in the 515,621 votes validly secured by Makinde as against Adelabu’s 357; 982 votes, the INEC erred in declaring Makinde duly elected. Insinuating widespread irregularities in the election, the APC stated: “We use this opportunity to salute the court for living up to its responsibility as the last hope of the common man.”

The provisions of the 1999 Constitution (as amended) and the Electoral Act 2010 form the basis for the nation’s electoral processes, including the conduct of both the petitioners and respondents at post-elections. Specifically, Section 285 (5 to 8) of the constitution spells out the timeframe for the filing of petitions by aggrieved candidates. The section states as follows: a. An election petition shall be filed within 21 days after the date of declaration of results of the election; b. An election tribunal shall deliver its judgment in writing within 180 days from the date of the filing of the petition; c. An appeal from a decision of the election tribunal or court shall be heard and disposed within 60 days from the date of the delivering of the judgment of the tribunal; d. The court in all appeals from election tribunals may adopt the practice of first giving its decision and reserving the reasons thereto for the decision to a later date.

However, certain issues often arise in the course of the tribunal treating the petitions, which may necessitate the regular court or the tribunal treating such matters sometimes expediently, depending on the nature and attendant technicalities. Therefore, the period of 180 days is not limited to trials: it includes trials within a trial that may be ordered by an appeal court. It was against this backdrop that some analysts say that the moment that an election petition is not resolved within 180 days from the date it was filed, an election tribunal no longer had jurisdiction to hear or rehear the petition, as the 180 days of grace begins from the very date the petition was filed.

Many cases arising from the conduct of the 2011 general election suffered as result of the limit of filing petitions as many petitioners lost their case because of the constitutional provision. Though the advocacy became pronounced after the election and that of 2015 that Section 285 of the 1999 Constitution and Section 134 of the Electoral Act be amended, nothing had been done in that regard so far. So, the existing system and practice subsist. Part of the advocacy was that the timeframe was that the days should stop counting where there is a stay of proceedings; that the days start counting where there is an order for what in legal term is referred to as de novo hearing of an election petition.

With this background, there is dizzying curiousity over the situation created by the Court of Appeal’s verdict on the last governorship poll in the state. To some experts, especially lawyers, the election result of the March 9, 2019 was not annulled by the court but statute barred. According to them, for the first time both parties have right of appeal in this case and possible cross appeal, with the hope that the matter will be resolved on the merits of the substantive issues, instead of mere technicality, as was witnessed in the case of legal tussle and consequent issues raised over the last governorship election in Osun State.