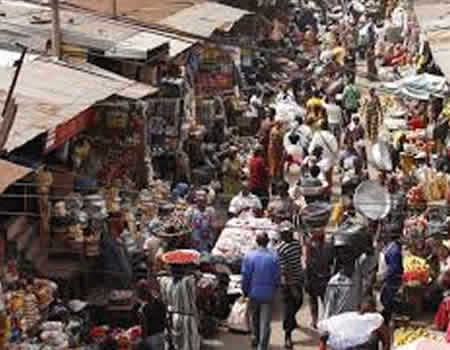 As the Independent National Electoral Commission (INEC) conclude plans for the Bayelsa State Governorship Election tomorrow, traders and transporters in Yenagoa are smiling to the bank as residents engage in panic buying and travel.

When Nigerian Tribune visited Swali and Opolo markets in Yenagoa, the state capital, residents were seen making last-minute buying to beat the 12:00 midnight deadline for the restriction of movement ahead of the election tomorrow.

Also at the Nembe, Ekeki Central and Tombia-roundabout motor parks, passengers were seen stranded as they make efforts to travel to different communities where they would cast their vote during the election.

A commuter, James Ayibaemi, lamented that he had been at the park for over two hours waiting for a vehicle to convey him to Nembe, where he intends to cast his vote tomorrow.

Another commuter, Benedict Owei, who is Ekeremor bound complained that the cost of transportation has doubled, alleging that transporters were taking advantage of the last-minute rush of electorates to make quick gains.

However, a transporter, Adeniyi Shola, claimed that there is hike in transport fare because the last-minute rush for Premium Motor Spirit (PMS) at filling stations in Yenagoa is creating artificial scarcity for the product.

He said “because of the epileptic power supply in Yenagoa, residents who wish to sit at home to monitor the election on television have taken over filling stations, making it difficult for us to buy fuel.

“To remain in business, some of us bought fuel at black market where the price doubled the price of the product at the filling stations. So what do you expect me to do in a situation like that?”

At Swali market, a resident that identified herself simply as Mrs Jacklin, said she was at the market to buy food items that would sustain her family on election day and the day after.

“As you know, the movement would be restricted tomorrow, the day of election. And the day after the election is Sunday, a day set aside to worship God. So, it is important that those of us with family should prepare for the long weekend.”

Issues in Court of Appeal verdict on Makinde, Adelabu tango