In search of Oshiomhole’s replacement as APC chair 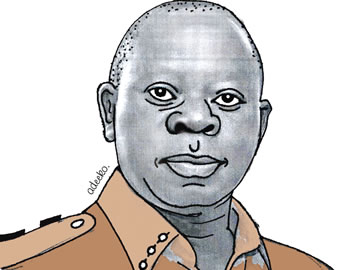 This is not the best of time for the ruling All Progressives Congress (APC), both at the centre and in many states across the country. The truth is that the party, which, less than seven years ago, was the bride and toast of many politicians, non-partisan political observers and critical stakeholders, has been reduced to a mere shadow of its former self. It is gradually sliding and gliding into the relics of what was once saw as a virile political party that can stand the test of the time.

For the avoidance of doubt, the APC made a major incursion into the political space in 2015 and created a kind of excitement among a lot of people. What gave the incurable political class hope was the circumstances of the emergence of the party in early 2013, the political parties that coalesced to form it and the calibre and strength of the people who dropped their previous political identities to come together under the big broom to give the Peoples Democratic Party (PDP) a run for its money.

Through a deft manoeuvrings, the coalition lived up to its words and was able to give the then ruling PDP an unexpected shock at the 2015 polls. The outcome of the general election was likened to a tsunami as the PDP, which had, at the height of its glory and power, boasted that it would rule the country for 60 years. Alas, the big umbrella party was shredded at the poll and its rule was terminated in 2015, some 16 years after it found itself in power. The APC was, indeed, able to reverse the political fortunes of the PDP, winning in most of the states and majority of the seats in the federal elections.

It was therefore a great expectation that, with the party being able to do what was then unthinkable namely, dislodging the PDP at all levels, the APC would, remain the dominant party in the land prior to the 2019 elections and beyond. With this mindset, many Nigerians and were looked forward to the 2019 general election with the submission that it would be a mere walk over for the ruling party. This was however not to be, as events later turned out.

Due to some manipulations and intrigues that are not peculiar to the APC, the national leadership curiously changed as its erstwhile national chairman, Chief John Odigie-Oyegun, lost out in a power struggle to the incumbent, Comrade Adams Oshiomhole. While people in some quarters expressed optimism that the Oshiomhole leadership would bring more cohesion into the party fold, the reverse was the case as the party’s fortune nosedived almost immediately after he took over. Rather than taking the party on an upward swing, the Oshiomhole chairmanship is gradually toeing the part of the PDP, as it is steadily taking the line of decline.

In spite of all pretension, Oshiomhole has not managed the party very well since his emergence as its national chairman. With his style of leadership which has proved to be more divisive rather than cohesive and uniting, the APC has been losing face among Nigerians, particularly among its teeming members and supporters. While some prominent individuals in the party will also share in the blame for the dwindling fortune of the APC, the blame for the divisive tendencies and crises rocking the party in almost all the states and at the federal level can be laid squarely at the door of the APC national chairman.

Unable to nip the crises in the bud, the controversies around the governorship primaries of the party in most of the states, especially Lagos, Imo, Zamfara, Rivers and Bayelsa states became a sore point. It was a rude shock that the party, under the leadership of Oshiomhole, could not contain the PDP, a party which had been proclaimed politically dead before the 2019 general election. Against the expected easy run to victory, the ruling party was barely able to maintain its hold in states considered to be its stronghold, while it lost in many others.

The belligerent nature of Oshiomhole largely accounted for the loss of the party in some states during the 2019 governorship election, including Zamfara, Rivers and Bayelsa, while it almost lost out in Imo State, save for the judicial intervention. Also due to lack of due diligence, Oshiomhole’s tenure has planted a seed of discord within the party such that in many states, the national officers of the party are at loggerheads with their state governors, even as the APC national chairman himself is spearheading a cold war with his home state governor, Godwin Obaseki. As of today, the party is reeling under the agony of bad blood among its key officials.

Moving forward, the party needs to save itself from self-ruin, if it wants to remain relevant in the polity in the years ahead. Devoid of any emotional consideration, the APC needs a new national chairman in someone who can better manage the party. Such a person should be ably equipped with the wherewithals to stabilise and mobilise the party ahead of the post-President Muhammadu Buhari era in 2003.

The views of most senior officials of the party comes into the fore here in the quest for a change of baton namely, that the position of the national chairman should remain in the South-South region. This is with a view to sustaining the growing loyalty and support the party is enjoying in the region. However, the consensus is that the new chairman should be a core democrat. This is in view of the background of Oshiomhole as labour unionist who could rightly be said to lack the necessary ethos of compromise in political dialogue. It is also agreed that the new chairman, apart from being an organiser and stabiliser, must also have an impeccable track record of public service.

As it stands, the party needs to reduce its search for Oshiomhole’s replacement to either one of three persons–a former governor, a former senator and a current minister. While it may be too early to reveal the identity of the candidate as Oshiomhole’s possible replacement among the three, it is without doubt such a person with the required qualifications can easily be found in the South-South region.

Why I am organising hangout for pensioners —DJ Eden