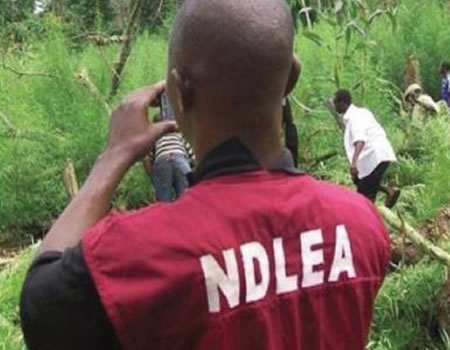 The Chairman/Chief Executive, National Drug Law Enforcement Agency (NDLEA) Colonel Mohammad Mustapha Abdallah (rtd) has declared that the agency has so far destroyed a total of 167,436.6898 kilogrammes of drugs from January to date, even as he described drugs as the energiser of insurgency and terrorism.

Colonel Abdallah (rtd) who disclosed this at the public destruction of exhibits at NDLEA Plateau State Command on Tuesday stated that the military has continued to seize various types of drugs in many terrorists’ camps they have taken over adding that drugs and violence are mutually inclusive and reinforcing.

According to him, the breakdown of drugs set ablaze by Plateau Command of the agency pointed to a disturbing drug abuse trend, adding that contrary to the long-standing notion that cannabis was the most widely abused drug, there was more pervasive abuse of pharmaceutical drugs of prescription such as cough syrup with codeine and tramadol.

Said he: “These drugs have become more prevalent than Cannabis sativa, cultivated locally. While cannabis is 3,592.862 kilograms for destruction, psychotropic substances stand at 13,104.799 kilograms and 7.2grams of cocaine.”

The chairman said the proportion of Nigeria population found to be dependent on drugs cut across both the public and private sectors, including arm bearing personnel saddle with the responsibility of protecting the civilian population, those in a position of responsibility such as civil servants, doctors, teachers as well as those in the critical sector of the economy.

Colonel Abdallah (rtd) added that the agency has developed a drug integrity test initiative to be administered on all classes of people beginning with personnel of all law enforcement agencies and civil service of the federation.

Said he: “This initiative is expected to start with all services that are arms-bearing and engaged with security and law enforcement duties in the country and civil service of the federation as all level of recruitment and promotion exercise.

“The aim of the NDLEA Drug integrity test in Public Service is to strive to achieve a drug-free public service. it is not  punitive in implementation but made for the overall interest and wellbeing of public officers and service of the federation”

In his remark, the State Commander of the Agency, Ibrahim Alhaji Braji pointed out that the forfeited drugs seized by the command from 2016 to 2019 for concluded cases and abandoned seizure consist of cannabis sativa 3,592.862 kilograms, psychotropic substances 13,104.799 and cocaine 7.2 grams totalling 16,697.639 kilogrammes.

He added that 40.12acres of cannabis sativa plantation were discovered and destroyed in some local government areas of the state between 2017 and 2019  while the command arrested 1,530 suspects, convicted 423 suspects to various jail terms adding that there are still pending cases before the Federal High Court for arraignment, trial and prosecution.