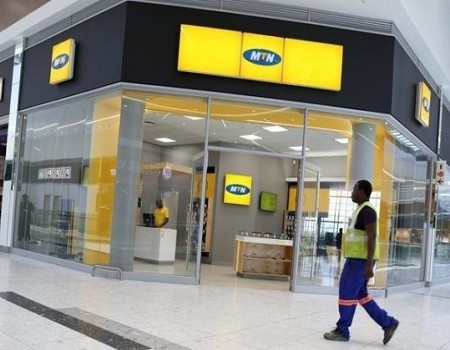 Labour, under the aegis of Private Telecommunications and Communications Senior Staff Association of Nigeria (PTECSSAN), an affiliate of the Nigeria Labour Congress (NLC), has threatened to mobilise its members and shut down operations of the MTN Nigeria over alleged anti-labour activities.

According to a statement signed by the President of PTECSSAN, Comrades Opeyemi Tomori and the General Secretary of the union,  Comrade Okonu Abdullahi, all attempts made by the union to address the concerns with the Chief Executive Officer of the Company had failed.

The union warned that such actions portend great danger to the industrial relations clime within MTN Nigeria.

It added that issues relating to remuneration of workers, exit packages for long term staff, employee relations practices, and abuse of expatriate quota, amongst others are the burning issues, stressing that the company should change its way towards the Union and its members.

The statement read: “MTN practices an unwholesome, insensitive and discriminatory structure in the emoluments of some categories of workers. Workers on the same job level earn disproportionately. In many cases, members of a team earn more than their team leads and even more than their direct managers.

“Non-payment of severance benefits at the point of departure of employees after long years of dedicated and uninterrupted services to the company has become a deep frustrating practice to the life long guarantees for workers in MTN.

“The company claims it has not been paying exiting employees severance benefits; hence; it cannot be a matter for negotiation with the Union despite the fact that social dialogue demands that all matters without exception concerning workers in the workplace are subject to negotiation.

“The rate at which companies in the telecommunications sector import excessive manpower to the country to do jobs Nigerians are not lacking incompetence is alarming. It is becoming pervasive in MTN Nigeria as well. We have several expatriates in the company who do exactly what Nigerians do.

“Most of these expatriates are trained by Nigerians and we still wonder how the permits for these individuals were approved.”

The PTECSSAN stated further that if the company fails to yield to demands or source for another alternative to satisfy their business interests, the union’s proposed action will be wide and compelling with deep implications for their businesses.

“Once again, we reinstate that if our demands are not fully and appropriately complied with by MTN Nigeria Telecommunications Limited on or before the next 14 days from today, we shall withdraw every guarantee of industrial peace within MTN Nigeria. Services may be disrupted across the nation throughout the network from the midnight of the 24th day of August 2020,” the union added.

Recently, the MTN group announced plans to exit the Middle East and focus on the African continent, stating that the Middle East environment is becoming increasingly complex and has contributed less to the group’s earnings.

It stated that the move is part of its medium-term strategy starting with the sales of its 75% stake in MTN Syria.
After the planned exit, the firm’s entire portfolio will be 17 subsidiaries in Africa.

Meanwhile, MTN Nigeria reported a half-year revenue of N638 billion in 2020 compared to N566.9 billion reported the same period last year, driven by growth in data revenues in the first and second quarters of the year.

In the second quarter of 2020 total revenues rose by 8.5% to N308.9 billion driven largely by higher data revenues.
The company explained that the growth in data revenue was driven by growth in data usage and traffic while adding 2 million new data subscribers in the quarter compared to 1.8 million in the first quarter.