If Bola Ige were here… 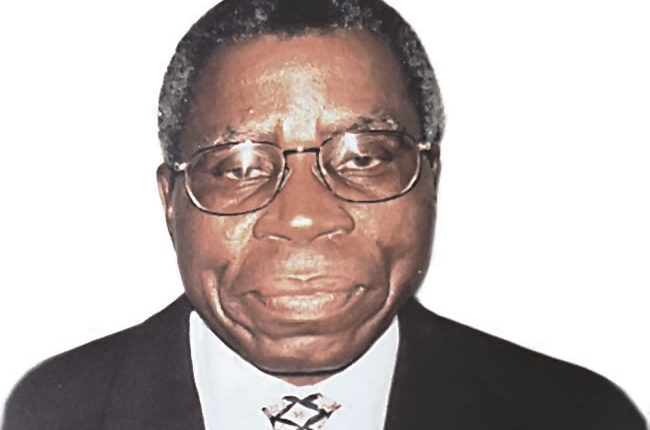 SUNDAY ADEPOJU revisits issues surrounding the assassination and contributions of a former Nigeria’s Attorney-General and Minister for Justice, Chief Bola Ige, and the role he would have played in the country if he were alive.

Today marks 19 years that political titan, former governor of the old Oyo State, minister of power and steel and later, minister of justice and attorney-general of the federation, Chief Bola Ige, was assassinated in his Bodija residence in Ibadan, the Oyo State capital. His death remains a monumental loss to the nation because of his sterling qualities as a legal icon, astute politician, ambassador of good governance, rights activist and a firm believer in egalitarianism.

Born on September 13, 1930, and gruesomely murdered on December 23, 2001,the leadership traits of Ige manifested when he was just 23, as he became the organising secretary of the defunct Action Group (AG) in 1953. He used his charisma and natural organisational ability to increase the membership of the party far beyond the West where it was founded in 1951 as an offshoot of the Egbe Omo Oduduwa.

During the First Republic (1963–66) and precisely at the age of 31, Ige was at the centre of the AG crisis. In the early 1970s, he devoted his time to the anti-racism campaign of the World Council of Churches. Towards the end of the 1970s, he joined the UPN, the successor to the AG. When General Obasanjo initiated the Second Republic, he was elected as governor of Oyo State from October 1979 to October 1983. Ige was known for his prolific writings among which are: Golden Quotes: a selection of my favourite inspirational quotations; Detainee’s Diary; People, Politics and Politicians of Nigeria: 1940–1979; Constitutions and the problem of Nigeria; Kaduna Boy.As the governor of the old Oyo State, Ige was remarkable with his popular agenda in the areas of education, agriculture, commerce, among other strides.

Like many others who have been victims of curious political killings, the death of Ige has continued to raise serious concerns, particularly because he was the number one law officer of the country until his callous murder on Sunday, December 23, 2001. Nobel Laureate, Professor Wole Soyinka, had spoken for the umpteenth time on the lacklustre attitude of the authorities on the imperative of fishing out the killers of Bola Ige, as well as other victims of assassinations in the country. Such casualties  of gruesome assassination in the land include: Dele Giwa (1986); Alfred Rewane (1995); Kudirat Abiola (1996);  Marshall Harry (2003); Aminosari Dikibo (2004), Ayodeji Daramola (2006); Funsho Williams (2006) and Dipo Dina (2010).Ige’s death has continued to gain traction, indeed, at almost all the fora: among academia, professionals, politicians, business executives, civil society organis ations, students, artisans, farmers, inter alia. Many have wondered if the country is worth dying for, considering the calibre and pedigree of Ige. According to them, the perceived levity with which the government handled his killing, in particular, questions the place of patriotism in the country.

Ige was among the few leaders, who blatantly confronted the military establishment of General Ibrahim Badamosi Babangida for annulling Nigeria’s freest and fairest presidential poll ever held in the land. He was not cowed by the Machiavellian antics of the military, which incarcerated him during the struggle he and other politicians in the National Democratic Coalition (NADECO), Afenifere, other pro-democracy and rights groups led. He staked all his fundamental freedoms, professional expertise, and, indeed, his entire life in the struggle for the emancipation of the people from injustice, subjugation and neocolonialism that were the order of the day in the polity. Ige did not only playa pivotal role in the then AG and UPN, he also sought the presidential ticket of the Alliance for Democracy (AD) which he led others to form at the last minute after they rejected association with the Peoples Democratic party (PDP) and the All Peoples Party (APP). He played a leading role in writing the constitutions of all the three major parties that were formed to return Nigeria to civil rule in 1999.

The inimitable Ige was known for his gigantic contributions to the development of the nation and, specifically, in Western Region. He was known for novel contributions in politics, especially good governance, party formation and organisation.  Many, including the present Minister of Youths and Sports Development, Mr Sunday Dare,attest to this. He noted that Ige would have played a pivotal role in the Nigeria’s project. Dare said: “Chief Bola Ige was of a different stock, both intellectually and politically. Knowledgeable and fierce, the erudite and wordsmith had an uncommon grasp of issues and political wisdom to decipher the critical issues during his time. A legal luminary, Ige stood out as one of the loyal lieutenants of the late sage, Awolowo.

“An examination of Ige’s life and times exposes what is missing in the current South-West political tradition: coherence, loyalty, commitment, grassroots mobilisation, intellectual fecundity and camaraderie. No wonder we are torn apart, scattered and we have become appendages. Then, once a leader is identified, we follow the leader, though, not in ‘shippish’ submission or capitulation, both in shared ideals and principles. Now, we are almost cast asunder as a people of the south-West. From the hero of inestimable values comes the lessons of loyalty and roughness of the mind. Nationally, Ige’s contributions are enormous. As a governor and minister, Ige was impactful. As a nationalist, his salient thoughts and writings in politics and nation building speak to a united Nigeria.”

A world multidisciplinary scholar, Professor Sabitu Ariyo Olagoke, also extolled the virtues of Ige. According to him, “Chief Bola Ige was a disciple of late Awolowo in his political career. He followed the footprints of the late sage in running the affairs of old Oyo in the areas of education, agriculture, commerce, infrastructural development, health, among others. He was able to help the state, especially Ibadan, to have many secondary schools as the government was able to benefit the children of the poor. He established many community secondary schools. In fact, I can point out a lot of medical doctors that emerged from such schools. So, seriously, he was able to provide free education and everything was free, and the dream of Awolowo that the children of the poor, which happened to be in tandem with what United Nations Children’s Fund (UNICEF) recommended; that is, education is a right for every child from primary to the basic level. He was a polyglot. If not for death, nobody would have wished Bola Ige dead. He was an icon to beat, even in death.”

Olagoke, who was a student of the University of Ife when Ige was governor, said he (Olagoke) was one of the executive members of the Oyo State Students Union, who used to go to him on bursary issues.  He harped: “Democracy is supposed to be people-oriented; people who are visionary in nature; people who were able to make self-sacrifices for others to benefit in the society. Bola Ige was one of them and he wasn’t given a chance just as Baba Awolowo was not given a chance. Like Odumegwu Ojukwu said about the late sage ‘the best president Nigeria never had’, that was also the fate of Bola Ige. You see how he was ridiculed by those who were supposed to appreciate and worship him. That is Nigerian politics for you. It is the tradition that is working against Nigeria till today.

“When you see leaders that are purposeful and ready to really transform, they are often frustrated. They do a lot of things that discourage them and dump them into the dust bin. We have to change our culture in Nigeria and we have to change our attitude towards the leaders, appointed or elected. And the orientation of people who are supposed to be the front-liners for political and developmental programmes are supposed to be given the right orientation on the 21st century state-of-the-art developmental programmes. Nigeria is not going to be far behind as we are now.”

Olagoke added: “True progressives will miss Uncle Bola Ige and we need to emulate him because he believed in the documentation of ideas; in ensuring that political campaigns and manifestoes must be fulfilled – he was able to fulfill all the his campaign agenda, just like his mentor, Awolowo; he was an achiever because when his detractors were saying he could not achieve the free education, he forged and achieved it; he was not in dark glass because he ran everything transparently; he was a goal getter.”

A school principal and president of the Oyo State chapter of the National Association for the Blind (NAB), Mr Jasper Lasisi, stressed Ige’s quintessential role in party formation and organisation. He maintained that the country would have been transformed but for the dearth of leaders with zeal to truly transform the country. According to Lasisi: ”Chief Bola Ige, no doubt, championed the course of Awoism thereby leading to the formation of Alliance for Democracy (AD) controlling the entire South-West states in the Fourth Republic. Ige used his political sagacity and experience to bring about total unity in the interest and progress of the old Oyo State and later South-West states during his lifetime. Indeed, if he were alive, together with Bola Tinubu, he would have mainstreamed and won the hearts of the people in the North. Surely, the All Progressives Congress (APC) could have gained better favour in the present Federal Government. A number of federal projects would have been sited in the South-West states in the overall interest of the people.”

How we can substitute 1999 Constitution with 1963 model

How tech can impact Nigerian start-ups and SMEs