•Gives 1 million each to families of slain victims 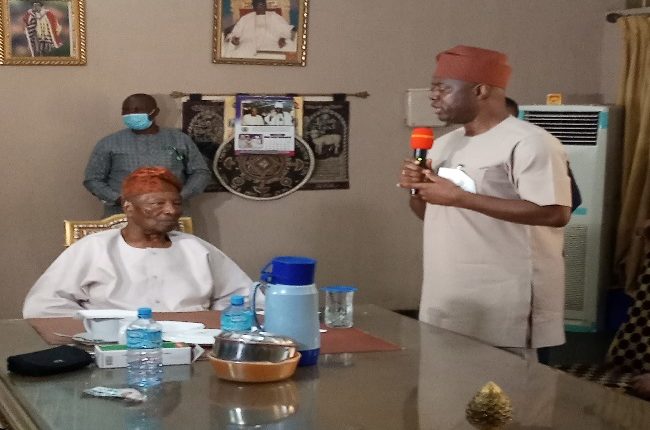 Oyo State Governor, Mr Seyi Makinde, on Tuesday, paid an assessment visit to the palace of the Soun of Ogbomoso, Oba Jimoh Oyewumi, donating the sum of N100 million to fix destruction of the palace and vehicles by suspected hoodlums.

This is just as he donated N1million each to the three families who lost a member in the #ENDSARS protests that rocked Ogbomoso last Saturday and Sunday.

Speaking at the house of one of the victims, Makinde also assured of speaking with the Commissioner of Police, Joe Nwachukwu to effect the release of corpses to the various families before 4 pm today.

While speaking at the police area command, Owode, Ogbomoso, Makinde promised the residents whose motorcycles were seized by the police will have them released before the end of the day.

The party also said that immediately the Caretaker/Extraordinary Convention Planning Committee was put in place after the NWC’s dissolution, the crises that had characterised its affairs were laid to rest. Makinde

Ogbonnaya who spoke in an interview with the News Agency of Nigeria (NAN) on Thursday in Kano, said as a result of the coronavirus raving the world, no business has been moving. Makinde