Leadership & Management
By Sulaimon Olanrewaju On May 30, 2022 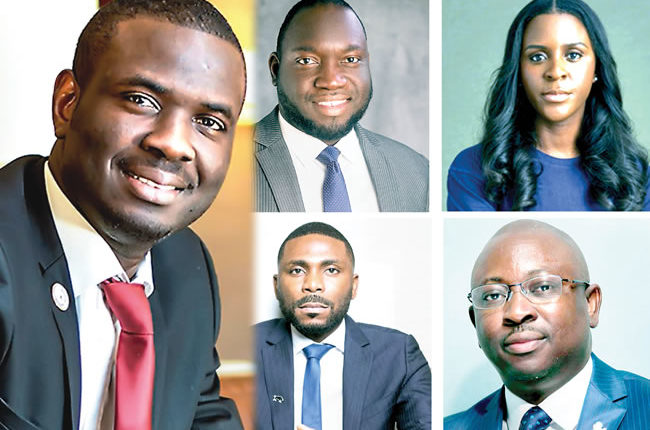 New companies always dream to scale up and become big for reasons such as the opportunity to leverage on the economy of scale, access to funding, and better brand recognition. They also aspire to grow big so that they can produce heartwarming returns on investment to their shareholders and offer their customers better products and services. However, while every business can become big, many remain small and struggling as a result of their failure to adhere to the principles required for crossing to the big league. The undoing of many companies that fail to become big is their haste to hit it big. Success takes a process and those who are in a hurry to achieve it usually make a shipwreck of their journey.

To grow big, businesses take a number of steps.

They build their capacity

Capacity management is how a business maximizes its activities and productivity at all times. Since there cannot be effective capacity management without capacity building, companies that plan to grow big must put measures in place to build their capacity. Capacity building is critical to business sustainability because it brings about effectiveness and positions the personnel to appropriate the opportunities available in the industry. While companies that are determined to grow big build their staff capacities before opportunities become apparent, others wait for opportunities to become visible before endeavouring to build capacity. As a result they lose out in the race to appropriate available opportunities and become big.

In 2001, when the Global System for Mobile communications (GSM) was introduced in Nigeria, the Federal Government gave the state-owned Nigerian Telecommunications Limited (NITEL) the GSM licence free while other service providers, MTN and Econet, paid $285million. Having operated telephone business across the country ahead of the GSM era should have conferred an advantage on NITEL, but the sad reality was that the company could not properly appropriate the head start it had because its personnel lacked the required capacity. NITEL could not compete with others and it eventually bowed out of the business. Its undoing was its lack of capacity.

According to French poet and novelist, Victor Hugo, “There is one thing stronger than all the armies in the world, and that is an idea whose time has come. There is nothing more powerful than an idea whose time has come.” The GSM revolution came in 2001, while other organizations that had built their capacity made a kill; NITEL that had failed to build its capacity was killed.

Another benefit of building capacity is the opportunity to build a good reputation. When a company builds its capacity, it is able to deliver on expected terms, and consequently, becomes trusted in the industry and builds a reputation as a performer. This improves its rating and speeds up the process of getting big.

They stay the course

Getting big as a business is not a sprint, more often than not, it is a marathon. This is one reason many fail in the bid to get big. The road to becoming a big company is strewn with difficulties and disappointments, so only the tough and the determined arrive at the desired end. Great things build up slowly, not suddenly. This is why the hearts of many fail. But for those who want to make it big, they stay the course, they are committed to the goal of growing big and consistent in the pursuit of the goal. They do not allow adversity or any other ephemeral occurrence to take them off their course. They stay on course, learn all they need to learn, do all they need to do and as a result, build momentum, which keeps them going even when success is not in sight. As they stay the course and build momentum, the tide turns in their favour and they achieve their dream of becoming big.

The king and the builders

A very rich king had a huge farmland on the other side of the river in his town. This provided food for his citizens. As a result of population growth, he needed to build two new bridges to transport crops and facilitate the commuting of farmhands from the city to the fields. Therefore, the king invited two builders, one for each of the new bridges, and told them that they could choose to be paid one million dollars for the job or be paid a penny on the first day and double the money each day until the project was completed. The project was to last one month.

The first builder opted to be paid one million dollars. The king paid him and he left. He then asked the second builder what he wanted. The man said, “Your Majesty, if you were in my shoes, what would be your choice?”

The king said, “A penny on the first day and double the money every day for one month.”

What the second builder eventually got was more than 10 times what he would have received had he opted to take one million dollars. That is the power of momentum, it builds slowly but by the time it hits the peak, the result is usually mindboggling. Businesses that grow big understand this principle and they make capital of it.

They invest in the future

Businesses that want to grow big always have their eyes on the future. They know that the choices of today will shape their future, so they take time to invest in the future. They do this by investing in research and development (R&D). The edge of leading companies is that they know when market preferences are ready to change and they position themselves for maximum benefits from this. They are able to understand changing market preferences because they do not joke with R&D.

Finally, they invest in their people not just by equipping them with the skills needed to perform their current tasks but also the ones that will be required in the future.

Organisations that invest in the future are not caught napping when the future arrives; rather they are ready and are positioned to make the most of the available opportunities.

They continuously reinvent themselves

Reinvention is rethinking the business to have a new model. The essence of this is to activate a change in the market or keep pace with market realities. The market is never in a static mode; it always evolves. The companies that constantly reinvent are the ones that are retained in the consciousness of the market and they are the ones that are profitable and last the distance.

In the book, Re-inventors: How Extraordinary Companies Pursue Radical Continuous Change, Jason Jennings opines, “Your job as you know it and your business as it is currently run will eventually change. The only chance any of us has for prosperity is to constantly re-imagine, rethink and reinvent everything we do and how we do it in order to remain relevant. We must all become re-inventors, and we’d better do it quickly.”

IBM, which currently operates in over 170 countries, almost went under in 1993 when it posted an $8billion loss. The company, which was the leading personal computer manufacturer, ran a business model which allowed it to buy hardware components from smaller manufacturers and shipped its PCs preloaded with Microsoft Windows. With that model, it was making a lot of money until small companies flooded the market with cheaper PCs, popularly called “PC clones”. The PC clones each had cheap components and ran the same versions of Windows as IBM PCs. Since these were cheaper and could do almost the same thing that IBM products had been known for, there was a shift in market preference for them which resulted in hemorrhage for IBM. Following the unprecedented loss, Lou Gerstner was appointed as the company’s chief executive. The new CEO knew that IBM would have to reinvent itself or become history. He led the company to make the difficult choice of abandoning what it had always done. It moved from building personal computers to providing IT support services to companies. This is where the company actually hit gold. IBM, which later sold its PC unit to Lenovo, currently offers services in cloud computing, cognitive computing, commerce, finance, data and analytics, Internet of Things, IT infrastructure, mobile, and security.

To grow big and remain so, regular reinvention is sine qua non.

They convert failure to learning opportunities

While others see failure as something to be avoided and those who fail as those to be derided, companies that want to grow big have a different disposition. They see failure as a learning opportunity. They are guided by Albert Einstein’s statement that a person who never made a mistake never tried anything new. So, they do not stop their employees from trying new things because they failed before. They provide them with the necessary support system to enable them bounce back if they fail.

Failure is a learning opportunity because it calls attention to what was not properly done that resulted in the unexpected outcome. But failure is only profitable if the opportunity of learning which it offers is seized. People or organizations do not get better just because they failed; they get better when they appropriate the lessons of that experience.

By the time he was 65 years of age, Colonel Harland Sanders was broke, all he had was a social security check of $105, his car and his chicken recipe. So, he decided to market his skill to restaurants in the United States of America. He moved from one restaurant to the other trying to license his recipe for 5 cents per chicken but his offer was rebuffed 1,009 times. But whenever any restaurateur turned down his proposal, he asked why the person took that position and if it had to do with the quality of the recipe, he used that information to improve the recipe. Eventually, he was able to persuade someone to agree to his offer. Nine years after he set out in his car on his marketing mission, his chicken was being sold in 600 restaurants across the country. That marked the beginning of Kentucky Fried Chicken (KFC). Today, KFC is global brand.

Businesses that neither go big nor aspire to do so usually go broke before going down.