How I came by the name ‘Don Richards’ —Actor, Richards Oguntimehin 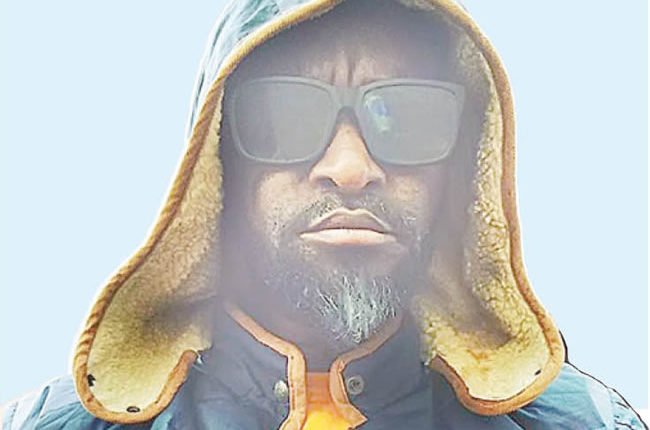 Richards Oguntimehin, popularly known by fans and colleagues as Don Richards is a movie producer and director, who has produced and directed several movies and has since registered his name in the Nigerian movie industry hall of fame. In a chat with FEMI OGUNTAYO, the veteran actor who also holds a Masters’ degree from the University of Lagos, explains how he came by the name ‘Don Richards’, talks about why he does more of directing now than producing movies and many more. Excerpts:

It has been a long time coming for you, how has the journey been for you so far?

The journey has been so rough but at the same time, there is the grace of God. I was born in Ondo State but I grew up in Bariga, Lagos. I had my primary school in Lagos, my secondary school in Lagos Baptist Academy, Obanikoro, I has my degree at Abia State University and my masters degree at the University of Lagos (UNILAG). I came into entertainment in the late 80s as production assistant in NTA 10, where I worked with Danladi Bako. He taught me what entertainment is all about and he is now the Commissioner for Information in Sokoto State. He was the one that sent me to Belgrade, Yugoslavia to study directing in the 90s. So I was with them on ‘Behind the sun’; ‘Village headmaster’ and the like.

You now seem to do more of movie directing. When and why did you delve into directing?

Yes, I do more of directing but when you are into a particular aspect in entertainment, it is good to add one or two more to it because of the kind of country we are in. Though I started my career as an actor but Danladi Bako made me understand that he saw my instincts when we were directing those programmes at NTA 10. He then advised me to go learn directing. That was when I travelled to Belgrade. I thank God; I produced just three English movies, ‘The Darkness’, ‘Man in the Jungle’, ‘who is in the mountain?’ produced and directed by Don Richards. I also have four other Yoruba movies which I produced and directed, the likes of Elede, Inujin, Oba Omo, etc. Even though I have not really produced much but I have directed many jobs, they are all online.

Many know you as Don Richards, which is actually not your real name. How did you get the name Don Richards?

Actually, my name is Richard Oguntimehin. People call me Don Richard. The ‘Don’ stands for Dadene Oluwakayode Niyiola, Richard Oguntimehin. I am from Ondo State, Ondo town precisely and I am from the Oba’s palace. The name ‘Don Richards’ being an English name, I believed it would give me an opportunity mostly in the entertainment industry and will be embraced, so that was why I decided to use the name like that.

Many who started with you then are no more on our screens; some have probably travelled out of the country and quit acting, some have gone into politics, while some are just silent. What has kept you in the game?

It is the almighty God that has kept me in there and I have the passion for the job too, a very strong one. Yes, entertainment is now business, but you must be a filmmaker, I am a filmmaker. Some of them came in probably because they want to make money but they couldn’t endure the challenges in there. You see, in the entertainment industry, you don’t just say because you see star actors, you also want to be there, you must ask God, is this the best place for me to be? So many people are not qualified to be here. That is why they quit, while some have been ordained from heaven. I am there by the grace of God, I have had reasons to quit in the past but I am here because it is what I have been ordained to do from heaven, I endured and glory is to God.

For you, is the acting profession really profitable? Does it pay the bills for you or you just do it for passion?

Yes, acting is a profitable career if God really blesses you with it. You can earn the best you want in life without doing any other thing. I have never worked with my degree. It is just the gift of acting which I had been given from heaven that has given me all the achievements, which is the grace of God. It is a profitable profession, but you must be serious, you must be determined, you must know what you are doing. It is not a child’s play; it is a serious profession which you can build your life with.

Given your level of education, why did you become a professional actor and not pursue another career line?

Well, I studied economics but right now I am a professional actor. You see, everybody has a natural gift, which I believe parents must discover in their children early. Apart from the fact that children say I want to become a doctor, I want to become a lawyer and all that, parents need to study their kids to know what gifts God has embedded in them. So they need to work on that too and pray about it for their children, because that gift might be what will bring them their greatest achievements in life.

What is your most embarrassing moment as an actor?

The names our fans call us at times can be so embarrassing, even the way they address you when they come across you in town. When they hail you on the street, some will say, ‘Baba Agbalgba! This guy na crazy guy o!’You know, all these slangs and comments are to appreciate the fact that you are a good actor, but it could be so embarrassing sometimes. Even on the streets, in Ojota, Oshodi in Lagos some will even hold you anyhow, but you just have to calm and know how to deal with that. Also I get some embarrassing moments while on set directing. At times some producers and actors who do not really understand the job will just jump in and say what they like about your job, but I just leave them.

What are your plans going forward and what should your fans expect from you?

They should be expecting the best from me; they should expect more stories and more movies directed by me, by God’s grace.