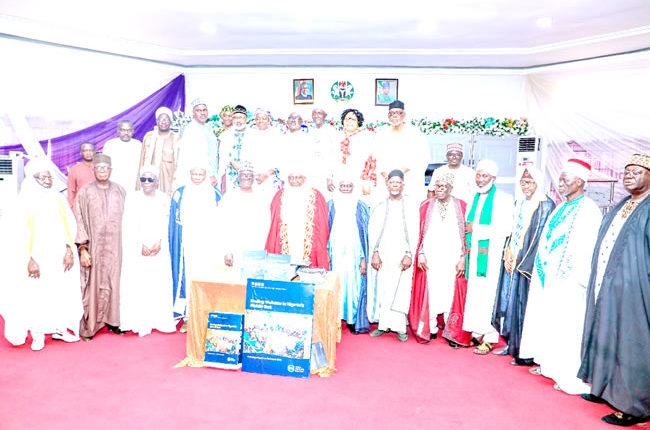 Surrounded by several states in its eastern, southern and northern flanks, Nasarawa State is easily one of the most enclosed states in Nigeria, as it shares borders with five states, namely: Kogi, Benue, Taraba, Plateau, Kaduna and the Federal Capital Territory.

With 37 different ethnic groups, the state is divided into three senatorial zones of North; South and West. But due to political, social and economic factors, the state has experienced frequent hiccups that have threatened its peace. They range from ordinary disagreements to communal crises, religious disturbances and political turmoils that resulted in destruction of lives and properties.

A research conducted by a group known as the Middle Belt Brain Trust (MBBT) recently established that some of the crises have become endemic and that more needs to be done to prevent reoccurrence.

It notes however that causes of the crises vary in each zone as politics dominates that of the southern zone, land issues the northern zone and chieftaincy matters, the western zone.

Even as the federal, state and local governments have come up with various initiatives, it is the position of MBBT that there should be a paradigm shift and part of the strategy is to get the people to drive the process one of which is to allow traditional rulers have key roles to play in not only maintaining peace and order but in preventing conflicts.

This formed a major highlight of the report of a three year research by the MBBT on the causes of the crises in Nasarawa and how to curb them.

Based on this finding, the group offered to train the traditional rulers in the areas of conflict management systems in the hope that when they’re equipped with the knowledge of how to detect and management conflict situations, they’ll be able to take the necessary steps to ensure lasting peace in their domains.

Submitting the report to the governor of Nasarawa State, Alhaji Abdullahi Sule on Tuesday at a well-attended forum, chairman of MBBT, Nigeria’s former Chief of Defence Staff retired Lt. Gen. Martin Luther Agwai , explained that the focus of the MBBT is on strengthening Nasarawa States Community Grievance Management Systems to be part of its community security architecture.

He said this would rest on the three pillars of strengthening community grievance-management mechanisms in rural communities, addressing grievances over rural land ownership and administration and enhancing the entrepreneurial ecosystem of the state to boost economic opportunities especially for the youth and women population in the rural areas.

“Furthermore, we are seeking to institutionalise the capacity building of traditional rulers in the state in cooperation with the state government, the state council of chiefs, the Ministry of Justice, local councils, village chieftains, the customary courts and other stakeholders in the communities like the women, youth leaders, business owners and the police,” he explained.

Nasarawa State governor, Sule, while receiving the report, said the state government would continue to welcome initiatives that would assist the state towards consolidating collective commitment to promote peaceful co-existence for socio-economic development of the society.

He commended the initiative to train the traditional rulers and said the training would help in designing and improving community-based dispute resolution mechanism for effective security coverage.

“It is my hope and expectation that the outcome of this training will add value in our continued commitment of finding solutions to the menace of insecurity at the grassroots,” he said.

Emir of Lafia, Justice Sidi Bage I, represented by the Emir of Keffi, Chindo Yamusa III, said that in addressing the menace of insecurity in the Middle Belt region, political leaders and traditional rulers must create formal channels to listen to complaints and find solutions to them.

Having appreciated the role of traditional rulers in the search for lasting peace in the state, the gatherings at the training, however, noted that there are challenges to surmount in a bid to achieve the needed peace.

The MBBT experts drawn from the five states of Kaduna, Benue, Plateau, Nasarawa and Taraba, who conducted the research, observed that there are both historical and contemporary impediments hampering the traditional rulers from performing their roles effectively.

One of the experts, Dr. Zwahu Bonat noted that the prowess of traditional rulers in Nigeria has been drastically removed over the years.

He said from the precolonial period, where they served exclusively as the final authority in law and administration to the colonial period where they retained certain powers over taxation, police and prisons, they are now placed under the local governments and perform mainly ceremonial roles.

The traditional rulers on their part lament that they do not have much powers. They said in a situation where they cannot discipline subjects or erring chiefs there’s hardly much they could do to punish erring members of their communities.

They also expressed concern with how people who have connections with the political leaders sometimes circumvent their efforts.

But participants at the training all agree the traditional rulers still command respect.

Dr Bonat observed, however, that though the powers of traditional rulers have been reduced, they have not failed to command the respect of the people and have maintained their role in the mediation and arbitration in terms of crises.

He explained that it is for these reasons that the people see them as the first port of call when there are disputes.

The experts were unanimous that conflicts are bound to occur in all communities.

Former vice Chancellor of Carithas Catholic University, Abuja, Professor Michael Kwanashie, explained that crises are not peculiar to either the Middle Belt or to Nasarawa State as no society exists without grievance amongst its members.

He said what is important is that crises are not be allowed to fester to the point it will turn into violent conflicts.

He said crises are to be avoided, because even when not physical, it can affect the development of the community and drag down productivity.

To make the traditional rulers more effective in performing their mediation and arbitration efforts, the experts also made some recommendations.

Executive Vice Chairman and CEO of Kaduna Peace Commission, Dr. Saleh Momale said the traditional rulers would earn the respect and confidence of subjects if they are fair and diligent in their mediation and arbitration.

“It is important they remain consistent in following laid down procedure for resolving disputes,” he said, adding that mediation and arbitration requires good communication skills, flexibility and knowledge of the environment.

It was also agreed that the traditional rulers need more resources to response early enough after observing some flash points.

They recommended that vigilantes should work with the traditional rulers as they perform are better when they are under their supervision and added that police and security reports should henceforth not be ignored by government.

The 25 traditional rulers at the training promised to take the message to their respective communities as they affirmed that the people have the capacity to resolve conflicts and maintain law and order.

Vision as a leadership essential (II)