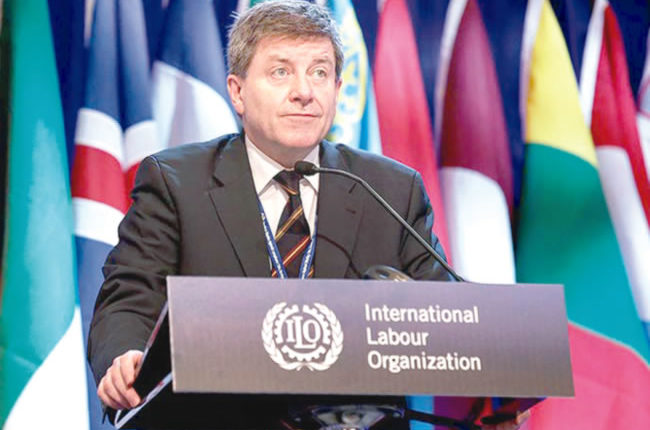 SOJI-EZE FAGBEMI looks at the new report, ‘Working from home: from invisibility to decent work’, recently released by the International Labour Organisation (ILO), and reports the major highlights.

The increase in the number of people working from home due to the COVID-19 pandemic has highlighted the poor working conditions experienced by many homeworkers who, prior to the crisis, are estimated to be 260 million worldwide.

According to the International Labour Organisation (ILO), those working from home, whose number has greatly increased due to the spread of the COVID-19 pandemic, need better protection.

Since homeworking occurs in the private sphere, it is often “invisible”. In low and middle-income countries, for instance, almost all home-based workers (90 per cent) work informally, the organization said.

Homeworkers also face greater safety and health risks and have less access to training than non-home-based workers, which can affect their career prospects.

The report, ‘Working from home: from invisibility to decent work’, also shows that homeworkers do not have the same level of social protection as other workers. They are also less likely to be part of a trade union or to be covered by a collective bargaining agreement.

According to ILO estimates, prior to the COVID-19 crisis, there were approximately 260 million home-based workers worldwide, representing 7.9 per cent of global employment; 56 per cent of them (147 million) were women.

They include teleworkers who work remotely on a continual basis, and a vast number of workers who are involved in the production of goods that cannot be automated, such as embroidery, handicrafts, electronic assembly. A third category, digital platform workers, provide services, such as processing insurance claims, copy-editing, or data annotation for the training of artificial intelligence systems.

In the first months of the COVID-19 pandemic in 2020, an estimated one-in-five workers found themselves working from home. Data for the whole of 2020, once it is available, is expected to show a substantial increase on the previous year.

The growth of homeworking is likely to continue in the coming years, the report says, bringing renewed urgency to the need to address the issues facing homeworkers and their employers.

Poorly regulated with lack of compliance

Homeworking is often poorly regulated and compliance with existing laws remains a challenge. In many instances, homeworkers are classified as independent contractors and therefore excluded from the scope of labour legislation.

“Many countries around the world have legislations, sometimes complemented by collective agreements that address various decent work deficits associated with homework. Nonetheless, only 10 ILO member states have ratified Convention No.177, that promotes equality of treatment between homeworkers and other wage earners, and few have a comprehensive policy on homework,” said Janine Berg, ILO senior economist and one of the report’s authors.

For industrial homeworkers, the report underlines the importance of facilitating their transition to the formal economy by extending legal protections, improving compliance, generalising written contracts, providing access to social security and making homeworkers aware of their rights.

For home-based, digital platform workers, whose activities raise particular challenges for compliance as they cross multiple borders, the report advocates the use of data generated by their work to monitor working conditions and tools to set fair wages.

For teleworkers, the report calls on policymakers to put in place specific actions to mitigate psychosocial risks and introduce a “right to disconnect”, to ensure respect for the boundaries between working life and private life.

Homeworking is likely to take on greater importance in the years to come, the report says. Governments, in cooperation with workers’ and employers’ organizations, should work together to ensure that all homeworkers move from invisibility to decent work.