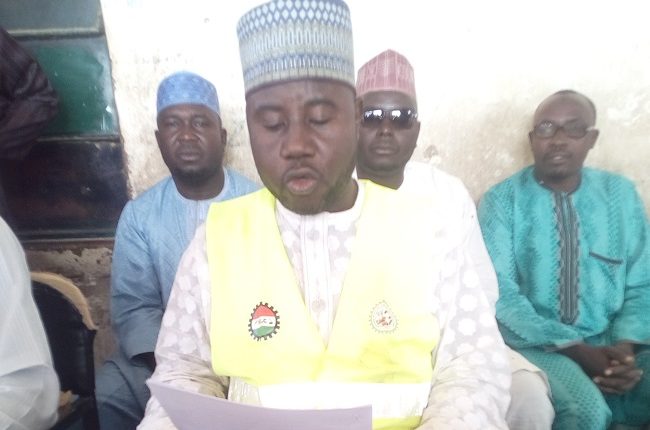 The Amalgamated Union of Foodstuff and Cattle Dealers of Nigerian (AUFCDN) Zamfara State branch has concluded plans to embark on strike action over multiple taxes on federal highways.

“The nationwide strike was slated to commence on Wednesday, 24 of February 2021 by 12 midnight as directed by the national body of our union, all members are expected to participate actively.”

He stressed that the amalgamated union of foodstuff and cattle dealers of Nigeria has held a series of meetings at different places and resolve to defend the interest of members nationwide.

“The union nationwide is contributing immensely to the economic growth of Nigeria by providing revenue and taxes to the Federal Government including 36 states of the federation.”

According to him, during EndSARS protest many of their members fell victim in different parts of the country particularly South-South and Southeast.

“The union national body has demanded compensation for lost lives and properties of our members.

“Furthermore, other issues hindering the activities of our union include multiple taxations, mounting illegal roadblocks at unavoidable and strategic location on federal highways and demand for the payment of illegitimate tax worth up to N450,000 before reaching a destination.”

He stressed that the leadership of the national body of AUFCDN warned members, “any member that violates the instructions by conducting any activity such as loading, offloading or transporting animals or foodstuff to any parts of the country shall be severely dealt with.”

Lifting 100 million Nigerians out of poverty challenging but achievable ― Buhari