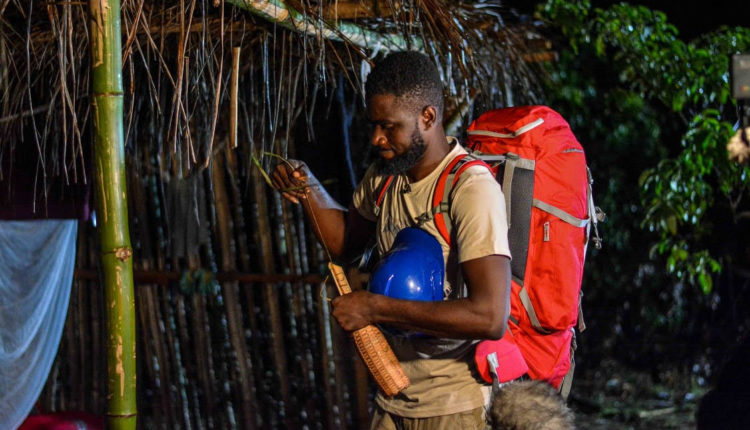 Mfon Mikel Esin was one of the audience’s favourite contenders in the Gulder Ultimate Search Season 12: Age of Craftsmanship. He had a relatable back story, one that showed his tenacity and drive to be a winner.

Well, he did rewrite his own story, just not in the way he would have wanted. His stay in the jungle came to an abrupt end as a result of his inability to control his temper and respect another contender. He was hence, unceremoniously evicted.

At a time when viewers are getting familiar with the contenders, Mikel, as he was known in the Amorokin camp, stood out. Long before going into the jungle, he expressed a strong will to win, stating his humble background and how the N50 Million winner’s prize is an opportunity to change his fortune.

On his first night in the jungle, he refused to eat, in order to test his limit on how he could complete tasks on a hungry stomach. When other contenders were sprawled in slumber under their mosquito net on the first night, he roamed around the jungle. It was as though he had begun his own tasks even before they were assigned.

When the Irin clan lost their first task, Mikel was clearly distraught. Lamenting at how his clan members did not listen to him and expressing his distaste for people who don’t think. His reaction was the same when the group did not quickly figure out how to build the tent. He complained they did not take his direction.

While his drive is commendable, his inability to work not as a single entity but as a member of a team was becoming clear and his seeming disdain for ‘lesser people’ who don’t know how to ‘think and ‘strategize’ was becoming a dark stain that he did not know how to shake off. He was fast becoming unpopular both within the Amorokin camp and among the viewers. On social media, there were comments about his superiority complex.

The last straw was the argument between him and Estima when he picked her sandal and in reaction to her complaint, threatened to kill her. Threatening another contestant is a violation of the rules, and led to his eviction at the place of the talking drum.

While he attempted to justify it in what many consider a sexist outburst saying ladies have a way of giving many excuses for their actions; he eventually expressed regret for his utterances. It came too little and too late.

Mikel’s eviction might be considered harsh as a few noted that he could have gotten a warning, but death threats cannot be taken lightly. It is a teachable moment both for Mikel and young Nigerians who are quick to issue threats during conflicts. Wherever one finds oneself, one must remember that choices have consequences and there may be no opportunity for a second chance.

His fellow campmates expressed collectively that he crossed the line with the death threat. It was unwarranted and should not be condoned.

From being a promising contender to being evicted, Mfon hopefully would do a good self-reflection and accept that he alone is at fault. He still has the opportunity to learn from his mistakes; that opportunity would not be inside the Amorokin camp, nor with the Gulder Ultimate Search N50 Million prize money.