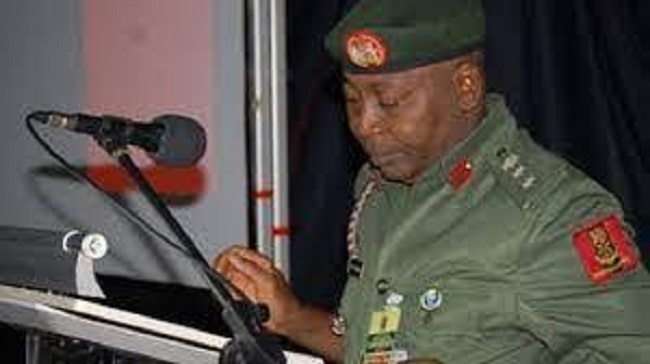 Kogi State Governor, Alhaji Yahaya Bello, has mourned the demise of an Igala Icon and former Military Administrator of Ondo and Oyo States, Col. Ahmed Usman who died, on Tuesday, at the age of 70 in Jos, Plateau State.

The governor in his condolence message, on Wednesday, signed by his Chief Press Secretary, Muhammed Onogwu, noted that his death although very painful but it was comforting that the late Icon lived a fulfilled life.

Governor Bello described Col. Usman who hailed from Okura, Dekina Local Government of the state as a worthy ambassador of the Confluence State who excelled in his chosen profession and blossomed through the ranks.

He noted that although he majorly served his fatherland outside his state of origin he was sternly concerned about the growth and development of Kogi State particularly in its political affairs and the quality of leadership hence he indicated interest to govern the state in 2011.

Governor Bello expressed that the late highly decorated Military officer was an astute administrator who during his time as Administrator in Ondo and Oyo between 1994 – 1998 gave a good account of himself and made striking and notable initiatives in these two south-west states.

Governor Bello condoled with the family, friends of the late military Administrator while similar condolence was extended to the people of Kogi East particularly the Dekina Local government area. He prayed for God to grant the deceased eternal rest and give all that are grieved by his demise the fortitude to bear the loss.

In spite of the huge investment in the water sector by the government and international organisations, water scarcity has grown to become a perennial nightmare for residents of Abeokuta, the Ogun State capital. This report x-rays the lives and experiences of residents in getting clean, potable and affordable water amidst the surge of COVID-19 cases in the state.  Gov Bello mourns former military administrator of Ondo, Oyo

The Lagos-Ibadan railway was inaugurated recently for a full paid operation by the Nigerian Railway Corporation after about a year of free test-run. Our reporter joined the train to and fro Lagos from Ibadan and tells his experience in this report…  Gov Bello mourns former military administrator of Ondo, Oyo