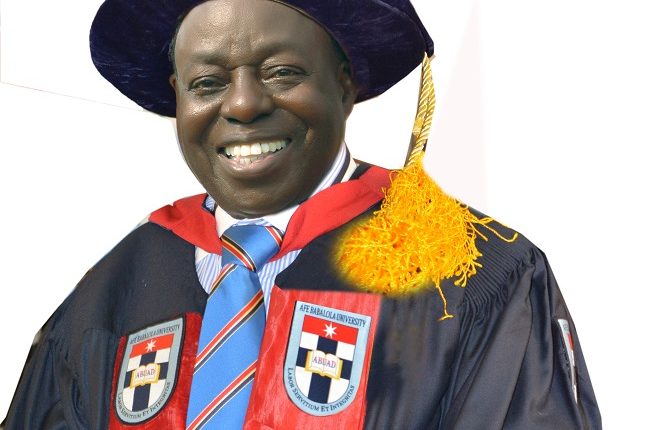 This is contained in a statement issued by Tunde Olofintila, the Director, Corporate Information of Afe Babalola University, Ado Ekiti, (ABUAD), in Ado Ekiti on Wednesday.

News Agency of Nigeria (NAN) reports that Babalola, founder of ABUAD, made the call at the virtual launch of books in honour of Rtd Justice Bode Rhodes-Vivour, CFR, of the Supreme Court to mark his retirement from the bench on attaining 70.

“Experience has shown that a person becomes wiser and more experienced as he advances in age.

“Under our judicial system today, Justice Rhodes-Vivour is retiring at the age of 70 when he has not shown any sign of physical weakness and when Nigeria would have benefitted more from his wealth of wisdom, insight and experience.

“A brief look at other countries shows that appointment to the Supreme Court is a lifetime appointment.

“There is no age limit for a justice of the Supreme Court to retire. Often times, they stay as long as they probably can.

“In fact, many die while in office. But those who opt for retirement, the average age is 78 years. The average retirement age has grown a whopping 103 years in other climes.”

The founder and Chancellor of Afe Babalola University, also advocated that under the review, retiring judges should be allowed to practice law.

“Even, if Judges are not allowed to return to full practice, there should be a measure of participation in law practice that will ensure their relevance in the nation’s development of law.

“I suggest that Nigeria should adopt the quasi-restrictive style, which is in operation in the US whereby a sitting judge may recuse himself in the case of conflict of interest or allow retiring judges to prepare and draft pleadings, motions and appellate briefs,” he said.

On the appointment of judges, he said the position of the Chief Justice of Nigeria, was important that it should not be based on promotion but strictly on merit.

“I know from experience that the best judges are those who have been inactive litigation, who have interacted with clients, who have drafted claims and pleadings and who have addressed legal issues at a different level of the courts.

“This is why in other climes, judges are chosen from seasoned legal practitioners. I recall the case of late Justice Teslim Elias, SAN.

“He was appointed as CJN and President, International Court of Justice. He was Attorney-General of the Federation when he was a Professor at the University of Lagos and was invited to the Supreme Court where he eventually became the CJN.

“I have always been an advocate of a new constitution to correct the ills inherent in the 1999 Constitution bequeathed to Nigerians by the Military and christened a people’s constitution.

“We truly need restructuring in this country today and that will assist us in many diverse ways as we as enable us to have a truly federal constitution as a result of which there would be a change in the mode of election and the type of people we would elect to govern us,” Babalola said.

He said It would also ensure that the country has part-time legislation, reduce the huge salaries currently being earned by legislators in favour of sitting allowances as well as reduce the cost of governance and ensure elections are run at cheaper rates while women representation in governance is higher.

“Our constitution is the greatest problem of Nigeria, the operation of the constitution is expensive with its attendant over-concentration of power at the centre, thereby rendering the States and Local governments totally impotent unlike what obtained under the Parliamentary Constitutions of 1960 and 1963.

“It is that change that will make politics less attractive, make each state develop at its own pace and do away with all shades and shapes of criminality, guarantee employment, eradicate poverty and make individuals become true Nigerians,” he said.

He described Justice Rhodes-Vivour, as an incorruptible, genial, decent, and disciplined person as well as a Judge with unquestionable integrity, character, industry and dignity who others should emulate.

Obiano disburses over N280m to Church-owned hospitals in Anambra