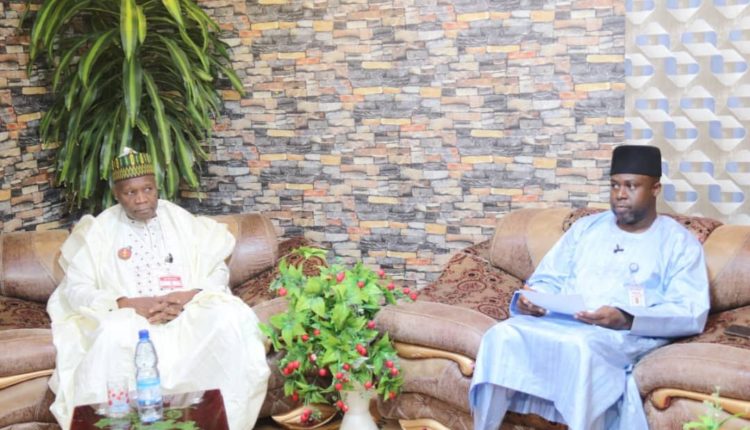 Gombe State Governor, Muhammadu Inuwa Yahaya has assured that payment of the N30,000 minimum wage will be resumed this January having been suspended due to the negative effect of the covid-19 pandemic.

The Governor stated this during his quarterly media parley to give account of his administration’s stewardship to the people of the state in a live broadcast beamed on Local TV, Radio stations as well as social media platforms in the state.

The Governor again reiterated his administration’s commitment to give priority attention to sectors that can  generate wealth and uplift the living conditions of the people of the state.

While Speaking on one of his administration’s flagship projects, the Gombe Industrial Park, Muhammadu Inuwa Yahaya said that a preliminary site plan of the project has since been designed and submitted, detailing the architectural master plan of the project.

He also said that by the end of the first quarter of this year, a final draft of the plan is expected which will eventually lead to the award of contract for the  construction of the Gombe Industrial park that will consist of big, medium and small processing companies, road networks, schools and housing units.

The Governor explained that his administration has already attracted the interest of some investors willing to inject funds into the construction of the Gombe Industrial Park and those planning to set processing companies, saying the Nigerian Export Processing Zone will also be on ground to maintain quality and standard of goods and services meant for international trade.

On the issue of power which has been the bane of companies’ development across the country, the Gombe State Governor said his administration has gone into an agreement with the power generating company at the Dadinkowa Dam to scoop 20 out of the 40 megawatts for the park.

The Governor assured the people of the State that considering the importance of the Gombe Industrial Park to the economic development of the State and its people, his administration will do everything necessary to ensure timely completion of the project.

While Responding to a question on the outcome of his visit to the NNPC headquarters in Abuja recently, his engagement with the Ministry of Mines and Steel Development and the Qatar Foundation in Abuja, Inuwa Yahaya said that as a leader, he has no choice than to visit those organisations and establishments in order to attract their interventions in utilizing the natural resources that God has endowed the state with.

To this end, the Governor said, the Nigerian National Petroleum Corporation has indicated that it will begin the exploitation of oil and gas in the gongola basin as well as offer quick intervention in building 200 bed capacity hospital and diagnostic  center in the State.

Similarly, the Governor revealed that the State Government has also gained the understanding of the Federal Ministry of Mines and Steel Development for the full extraction of mineral resources in the State for the overall benefit of the people.

He described the MoU signed between the Gombe  State Government and the Qatar Foundation as a breakthrough which  has since attracted the organisation’s intervention in the areas of health, water supply and worship centres among others, disclosing also that a plan to build a school of nursing in Gombe is also in the offing in conjunction with the Qatari charity outfit.

On youths and women empowerment, he said government is collating data to ensure that whatever intervention the state brings in that regard goes round and that no one is short changed.

Speaking on the second wave of the coronavirus pandamic, Governor Inuwa Yahaya regretted that some people are yet to believe the existence of the virus describing it as real and causing fatalities among the people.

He said his administration has performed credibly well in preventing and containing the virus through some proactive measures, including the construction of a covid-19 diagnostic laboratory equipped with State of the art facilities, establishment of isolation and treatment centres among other measures.

Governor Inuwa Yahaya said since coming into office in 2019, his administration has carried sweeping reforms and initiated flagship projects  such the network eleven hundred which targets the construction of at least one hundred kilometres of roads in each of the Local Government Areas of the State, the programme he said is on course.

The Governor called for calm and understanding among politicians, saying as genuine as agitations may seem, his administration is doing everything possible to address all concerns in the most effective and efficient manner.

He, however, said the preoccupation of any government must be the provision of life-changing projects that can create wealth and make life better and more meaningful.