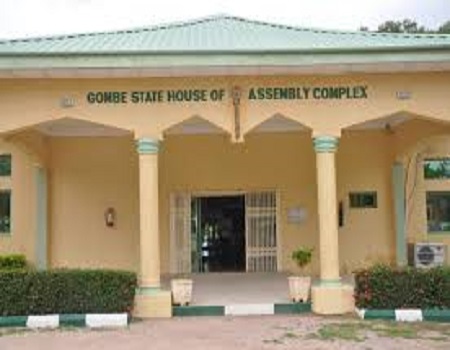 Gombe State House of Assembly has published the names of the 18 Commissioners nominees submitted to it by the State Governor, Muhammad Inuwa Yahaya for confirmation.

A statement from the Assembly made available to newsmen in Gombe late Wednesday evening contained that the screening of the nominees will soon commence in line with the constitution of the country and rules of the House.

According to the statement, former Governor of the State, Muhammad Danjuma Goje who is now a third term Senator, got two slots in his daughter, Dr. Hussaina Mohammed Danjuma Goje and  Dasuki Jalo Waziri who is his son in law, just as Dr Habu Dahiru a Consultant with the WHO also got nominated as well as Julius Ishaya and Naomi JJ Awak, Vice Chairman and PRO of the APC respectively.

It would be recalled that the Governor, Muhammad Inuwa Yahaya had on Monday forwarded the list of the Commissioner nominees to the State House of Assembly four months after he was sworn in as the fourth elected Governor of the state.

More than 20,000 benefited in Delta job and wealth creation ― Okowa

COVID-19: I was not isolated at State International Hotel ― Speaker

Gombe Gov tasks communities to be responsible for maintenance culture