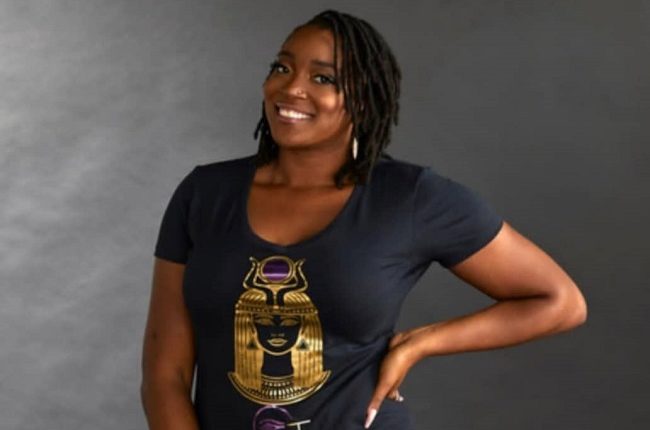 US-based Nigerian entrepreneur and the Founder of the GoddesssTalk brands, Bolaji Adeola Ajike has unveiled her company’s plans for 2021 in face of the ravaging pandemic that has restricted much of activities across the globe.

“We’ve been growing the marketplace. During the Super Bowl week, we incorporated Google too so that those coming to the Tampa Bay Area could easily tap on businesses and drive to their brick and mortars to patronize. We highlighted safe spaces for people to eat, shop, party and most importantly avoid hot spots of crowds,” she said in an interview.

“Also, I’m planning an event at the end of 2021 in Nigeria. We’ll be highlighting the incredible culture and businesses in Nigeria and show how enriching and resourceful our country is,” she added.

Bolaji Adeola Ajike has only one passion. Her passion is to promote Black-owned businesses. For the most part of her life and the better part of the last five years, she has fought to expose the world to black businesses. In 2016, the reality of the dream began to take form and the result was the birth of her company named AfroGanix.

She operates AfroGanix, LLC to align businesses with Distribution, Manufacturing, and Fulfillment globally. According to her, she developed a passion for service and a passion for the economic success of the African Diaspora.

But she soon realized AfroGanix has its limitations and thus decided to expand the scope and that gave birth to her GoddessTalk brands which include GoddessTalk Show and the GoddessTalk App, what she calls “the Diaspora premiere marketplace app.

GoddessTalk Show on the other hand which was premiered in June 2019 was to expose the world to Black businesses, activists, and game-changers causing economic seismic shifts across the globe. To further those efforts in July 2020 she launched the GoddessTalk App.

Bolaji Adeola Ajike, a Nigerian by birth, migrated to the United States of America at the age of 7 years with her parents.

She holds a B.A. in Communications Studies and a Masters in Public Administration from Mount St. Mary’s University, Emmitsburg, Maryland and Capella University, Minneapolis, Minnesota respectively.

Bolaji Adeola Ajike is an entrepreneur with businesses in different fields. She was born in Lagos, Nigeria and raised in Surulere, Lagos until her family moved to the United States in 1995. She grew up in Willingboro, NJ (Boro). She’s the oldest of 4 children.

The British Parliament at the Westminster Hall held a debate on ‘e-petition 554150, relating to Nigeria and the sanctions regime’ on Monday. The government of the United Kingdom has however responded…GoddessTalk MD

The surprise visit made on Friday night by the leaders of the ruling All Progressives Congress (APC) to former President Goodluck Jonathan at his residence in Abuja triggered a stir in the major political camps, resulting in at least four possible theories..GoddessTalk MD  GoddessTalk MD