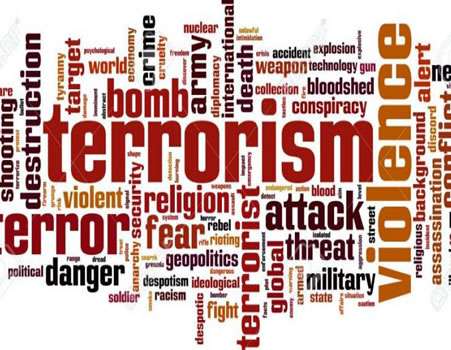 The All Progressives Congress (APC) Consolidation Group, on Monday, described Nigeria’s latest ranking as third in the Global Terrorism Index (GTI), as not only disappointing but an embarrassment, saying that the rating had confirmed its position that the nation’s Service Chiefs were not on top of its security situation.

National Coordinator of the group, Dr Usman Mohammed, said in a statement on Sunday, reacting to the latest GTI report, which placed Nigeria as occupying the third position among countries worst hit by terrorism globally, insisted that APC-CG was disturbed given what it noted, the government had expended so far to free the country of security threats.

Consequently, the Group reiterated its call that President Muhammad Buhari relieved the security chiefs of their positions, saying anything contrary would portray the President as being insensitive to the security of lives and property of citizens which it stated that the president swore in the constitution to protect.

The group which had in a recent statement called on the president to sack the Service Chiefs as according to it were not indispensable on the face of daily security threats confronting the country, insisting that the president must see reason with the position and immediately do the needful.

“This report is the worst thing that has ever happened to a government that meant well for people like the Government of President Muhammad Buhari. No doubt, the rating is so due to the actions and inaction of his service chiefs. So,we are worried our dear  president’s continuous retention of these  officers

The statement read in full:” We, the entire members of APC Consolidation Group, APCG received with rude shock and total disappointment in the 2019 Global Terrorism Report which ranks Nigeria as the 3rd most terrorized country in the world.

“We are saddened by this report which by implication will close many economic doors on Nigeria and drastically bring down our GDP,” it said.

“Consequently, we are calling on the president to sack the current security chiefs heading the Nigeria Armed forces. The chiefs of Defence, Army, Airforce and Naval Staff, over their inability to deliver on his vision and the expectation of Nigeria’s on security

“We are saddened by this report which by implication will close many economic doors on Nigeria and drastically bring down our GDP. Investors will leave Nigeria and intending once may have a rethink about coming to Nigeria

“We in APC Consolidation Group insist that Mr President means well for Nigerians in every area, but unfortunately insecurity is threatening his policies in agriculture, infrastructure, power and others

“From our findings, if urgent steps are not taken to address the insecurity in the land, famine will by next year, be  alarming and that will frustrate his huge investment in agriculture through CBN

” Farmers cannot conveniently farm this year because of banditry attacks and kidnapping. Power installations are being vandalized on a daily basis, thus frustrating his huge investment in power and agricultural sectors

“Entire Northern Nigeria is not safe as at today because of terrorism, banditry”