Getting the best out of employees 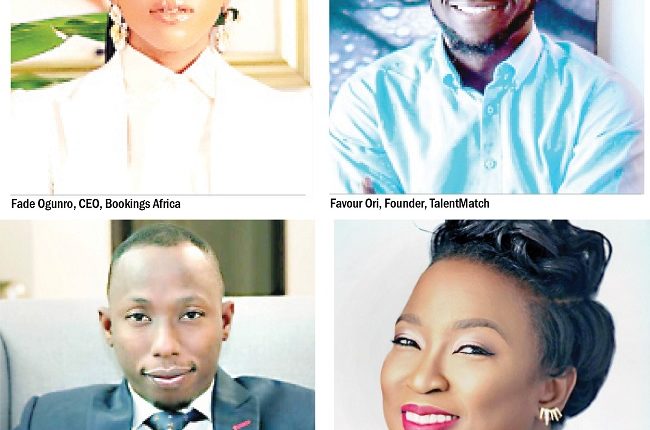 One of the major worries of leaders and managers is how to motivate their staff for optimum performance. The reason is clear; the wellbeing of an organisation (output, liquidity, stability and reputation) is consequent on the passion quotient of its workforce. A highly motivated and impassioned work force will produce an out of this world result. Conversely, the performance of a flat-footed workforce can only be pedestrian. Hence, leaders are never tired of devising means to motivate their workforce.

What holds the key to making an employee stop at nothing to get a job done? What makes a worker go beyond the expectations of the employer? What is the motivation for a star performer? What is it that makes an employee brave all the odds to get his job done? Is it more money, the environment, position or other considerations?

As employers and leaders are interested in unraveling these puzzles, so are researchers.

Fallacy of power of money

The general belief is that the rationale behind work is to earn money. Corroborating this, Frederick Taylor, one of the earliest researchers on the power of money on employees, in 1911, described money as the most important factor in motivating the industrial workers to achieve greater productivity. But later studies found out that the motivational influence of money is transient. At a certain point, money is no longer a motivation for work. That was the finding of a study carried out in 2010 among workers in the United States of America by Timothy A. Judge, Ronald F. Piccolo, Nathan P. Podsakoff, John C. Shaw and Bruce L. Rich.

The study, entitled The Relationship Between Pay and Job Satisfaction: A Meta-Analysis of the Literature, reviewed 120 years of research and synthesized the findings from 92 quantitative studies, while studying over 15,000 individuals and 115 correlation coefficients.

The researchers went a step further to carry out group level comparison, reporting that “Employees earning salaries in the top half of our data range reported similar levels of job satisfaction to those employees earning salaries in the bottom-half of our data range.” The import of the study, which has been subjected to cross-cultural comparison, is that money is not a major source of motivation for most workers. While money may motivate shop floor staff, its influence wanes as employees move up the ladder.

A number of organisations have tried to motivate their employees by giving them fringe benefits. Provision of staff bus, medical allowance, free or subsidized launch, education allowance, Christmas bonus etc cannot keep the verve in staff for long because after a while they lose their motivational bite as employees fail to see them as benefits but rights. A company that started a welfare scheme for members of staff will have a lot of explanation to do if all of a sudden it expresses the intention to stop it because staff members will have come to view the scheme as a right, not a reward for exceptional accomplishments.

All employees love to work in a friendly atmosphere; a place where they can be themselves, where the boss is not unnecessarily difficult, where colleagues show understanding and the system is fair. Workers always look forward to such places because they spend a good part of their lives at the workplace. So, if they do not feel happy about where they work and the people they work with, it will have a telling effect on their performance.

In the same vein, most workers love challenging environments, a place that can task their creativity and stretch their ability, a place where their best can come into manifestation.

However, after working in an environment for a while, all of these no longer matter because they are taken as normal. Instead of serving as motivation for top performance, they may at a point become a bore and turn out to be a disincentive because the human nature is always yearning for something new. Therefore, the onus is always on employers to see to it that new things are always introduced in the work place to avoid creating a humdrum which can be a drawback on performance.

Moving staff to the next level is seen as a boon by many of them. It keeps them happy, motivated and loyal. It is seen as a recognition of their worth and contribution by the organization. Many workers appreciate promotion not just because of the additional money that comes with it but especially because it offers them an opportunity to do more for their organisations.

But promotion can never go round even among outstanding staff members. If there are four exceptional employees and there is a vacancy, it is a given that only one of them can get it. So, what happens to the rest? How will they be motivated to continue the work at their former pace? Then, the fact that an employee gains promotion at a point in his career does not mean that he will always be promoted because promotion is not just a function of performance; rather it is a product of a number of factors including a company’s policies, organisational chart and wages, among others.

In addition to that, there is the Peter’s Principle, which states that every employee rises to his level of incompetence. So, after promoting a staff up to a point how will the employer let him know that he is unsuitable for further promotion? How will the loyalty of such staff be assured after confronting him with such fact?

How to consistently motivate employees

Leaders often fail to motivate their staff on a sustainable scale because they lump everyone together. No two persons are the same, so needs vary among employees. What motivates a staff member may not of necessity be a stimulus to another. Therefore, to effectively motivate staff so as to bring the best out of them, leaders must know each of them personally and find out what it is that matters more than any other thing to each of them. Motivation has to be employee-specific to be effective.

According to Abraham Maslow, human needs are categorized as physiological, safety, social, esteem and self-actualization. Of all these, the highest is self-actualisation. This, according to him, is the highest aspiration of an individual. What managers and leaders are supposed to do is to help everyone who works or relate with them to accomplish this. They can only do this if at the outset they come to the understanding of what the highest aspiration of a staff member is.

By taking time to understand what self-actualization means to every staff member, a leader will find out that there are three categories of employees. First is the category of staff whose self-actualisation aligns with the company’s overall goals and visions. These are the employees who come to the organisation with a view to building a career. They are in it for the long haul. So, they are not discomfited by temporary discomfort. They always see a silver lining in the company’s cloud. They are not interested in jumping ship because they believe in the organisation. Staff members in this category are self motivated. They do not wait for any prodding; they flow naturally with the company’s tide. Belonging to the organisation is enough stimulus for them. Staff in this category go the extra mile to ensure that things run smoothly in the organisation.

Since these employees are already motivated, the leader has no problem raising their level of motivation.

The second category of staff is those whose aspirations are completely at variance with the goals and visions of the organization. They are in the organisation because that is all they can get at the moment. Employees in this category are the first to complain when things go awry. Since they do not share the vision of the company, they are usually unwilling to make any sacrifice. They are always looking outside the organization for openings and they step out at the earliest opportunity.

Such employees are usually the ones who cause disaffection in the organisation; they spin rumours and spread toxin. They are quick to pick holes in the position of the company and are the loudest complainants. They know that they have no strong attachment to the organization so they are not bothered whether it stays afloat or goes under.

Motivating employees in this category is a herculean task. Once they are identified, the leader should not waste his time trying to make a corpse walk.

The third category of employees is made up of those without clear-cut aspirations. Because they are undecided, they are unstable. They do not know whether to stay in the organisation or quit; they blow hot and cold all the time until they are able to decide what their aspiration is and if it is in alignment with the organization’s goals and visions. This eventually determines how they conduct themselves.

To carry out a good work of motivation on this category of workers, the leader must first help them to find out where they belong.

Dealing with the categories of staff

The best thing for a leader is to weed those whose aspirations are not in tandem with his vision right from the outset. Instead of allowing such to get into the system and spread ill-feeling, it is best to stop them from gaining access into the system.

So, apart from having the recruitment agencies or the human resources department do the preliminary work of interviewing and selecting candidates, the leader must have a session with every intending employee to have an understanding of his perspective and what drives him. Doing this will save the organisation a lot of man-hours that would later be expended on employees who are with the organization physically but have their spirits elsewhere.

This is one of the secrets of the success of Richard Branson, Virgin Group chairman. There is nobody of any significance who gets employed in Virgin Group in any part of the world without being screened by Branson. With that, he has been able, to a large extent, to keep those with a different orientation away from his organisation.

This is a strategy that never fails to work.

Getting the best out of employees starts with getting the right people on board.