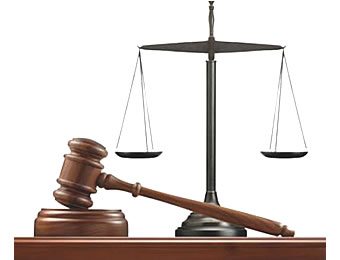 THE law firm of Ned Nwoko  Solicitors has been taken before the Federal High Court,  Abuja, along with the Oyo State government and eight others over the refusal of the law firm to pay 40 per cent of the sum of the N1 billion paid to it by the state government through the incorporated trustees of Nigerian Governors’ Forum.

The plaintiff, Honourable Femi Kehinde, the principal partner of Femi Kehinde and Co. had, in a Writ of Summons numbered FHC/ABJ/ CS/212/20, filed through his counsel, Bola Aidi, prayed the court to order Ned Nwoko Solicitors to  pay him “the sum of N400 million, being 40 per cent of the N1billion (first tranche) paid to the first defendant (Ned  Nwoko Solicitors) as legal fee for services rendered by same as it relates to the Oyo State government for the recovery  of foreign debts.”

While Ned Nwoko Solicitors, Lillian Ngozichukwu Nwoko, Honourable Chinedu Munir Nwoko, Lina’s International Limited and the Oyo State government are first to fifth defendants in the suit filed on March 3, 2020, the Incorporated  Trustees of Nigerian Governors’ Forum, the Accountant-General of the Federation, the Central Bank of Nigeria (CBN),  the Ministry of Finance and the Attorney-General of the Federation are listed as sixth to 10th defendants.

The plaintiff also prayed the court for an order compelling the first defendant, which is a registered law firm with the  Law Society of England, to pay him N20 million, representing 40 per cent of a consent judgment as well as another £159,098.00 as expenses incurred for prosecuting an arbitration in a London court.

The plaintiff said in a statement of claim that the first defendant engaged his services in 2007 to handle all issues pertaining to Oyo State foreign debt and that the condition for his engagement as an agent to the first defendant was dependent on the first defendant being appointed as solicitors to the Oyo State government to recover its foreign debts within four weeks. He averred that the conditions, as contained in a retainership letter as a local attorney on  March 24, 2007, including collation of all information and documentation of the various loans and agreements since  1982, provision of support needed by Ned Nwoko Solicitors, including litigation in any Nigerian court in any matter arising from proposed contract with Oyo State, among others. “The retainership agreement  states clearly that the plaintiff will be entitled to  40 per cent of whatever was received from the Oyo State government and that remains  the understanding of parties,” he said.

“The plaintiff paid several trips to the  Alaafin of Oyo, not only to seek his intervention before commencing the arbitration but to also inform him why it will be impossible not to issue a subpoena to his majesty in the arbitration proceedings,” he said.

He said the Alaafin wrote letters to the then governor of Oyo State, Chief Adebayo Alao-Akala on March 13 and May 19, 2009, on the matter, in order to broker a peace to no avail and that a total cost of £159,098.00 was incurred from prosecuting the arbitration proceedings in London. When the matter came up on Monday, the trial judge, Justice Binta Nyako, adjourned till  October 5.