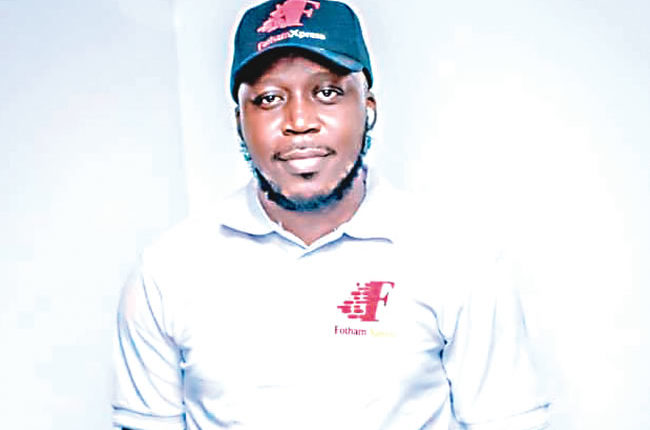 Serial entrepreneur, Folorunso Tolulope-Ahmed is brewing ideas and working out ways to prepare the logistic arm of his business, Fotham Xpress for a better service towards the last quarter of the year.

Ahmed, a graduate of Pure and Applied Physics from the Ladoke Akintola University of Technology (LAUTECH), Ogbomoso, was understudying the achievers and the business ideas that changed the world during the lockdown when he stumbled on the operations of Amazon which inspired his coming into the logistic business in Ibadan.

The Fotham Xpress at the moment has filled the void in the city’s logistic business as it boasts of qualified employees that understand the ethics of the job and the ‘clients are kings’ credo.

Folorunso claims there is a strategic reason to prepare the company to keep up with the orders towards the last quarter of the year for Christmas and the New Year celebrations.

With a plan to rival DHL and other giants in the business, Folorunso hintsat the need to activate the second phase of his

business which targets delivery to and from Lagos to other major cities across Nigeria.

A Poem on the Nigerian Army