The pupils who started coming to school as early as 7.00 am were shocked as their school premises was submerged, making accessing the school very difficult.

The situation was such that older students had to carry the younger ones on their back across the over flooded compound.

One of the parents, Osarodion Ezekiel, who brought his children to school, said that the problem of flooding in the school had been there for a long time. 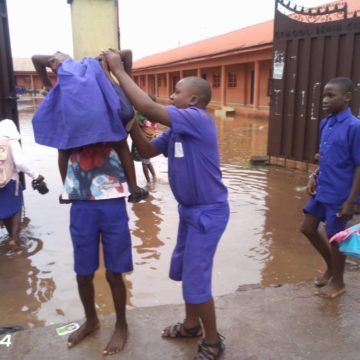 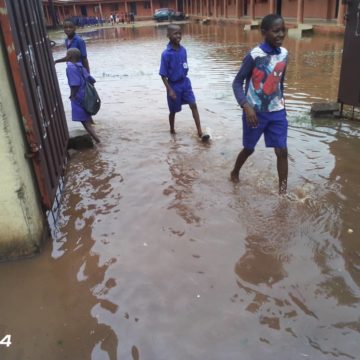 “Whenever it rains, I fear for these children, because all these places are always flooded, the government should do something about this school, look at these small children, I pray none of them dies here.

Another parent, Mercy Aigbe, whose daughter is in primary four, said she knew that there would be a problem in the school going by the morning rain.

“My daughter is in primary four. When the rain started this morning, I knew there are going to be trouble for the children in the school. So, I decided to bring my daughter to school myself. The government should please help us,” she said.

APC has no basis to zone presidency outside Southern Nigeria ― Okorocha