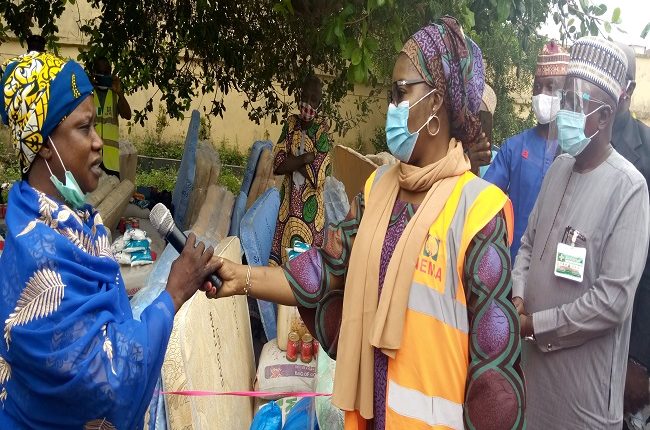 National Emergency Management Agency (NEMA) has warned people residing in lowlands and along river banks in Kwara State to relocate to higher grounds, saying that the country is still in the rainy season.

Speaking during the flag-off of distribution of humanitarian relief support to persons in about 528 households affected by rain/windstorm in four local government areas of the state in Ilorin on Thursday, the director-general of NEMA, Muhammed Alhaji Muhammadu, represented by the head, NEMA Minna Operations Office (Niger and Kwara), Mrs Wagami Lydia, also advised those in metropolitan areas to avoid indiscriminate dumping of refuse in culverts/drainages.

It should be recalled that the NIMET had earlier stated that 28 states in the country, including Kwara, Kogi, Nasarawa and Benue are prone to impending flood disaster from September 6, 2020.

The NEMA boss, who also said that the people should adhere strictly to building codes in order to prevent a flood, urged residents of Kwara State to ensure the use of quality building materials for erecting structures, “this will at least reduce re-occurrence of disasters caused by storms. It is important for us to always reduce risk around us because prevention is cheaper than waiting to respond to any disaster”.

Presenting the relief materials, facilitated by Senator Yahaya Oloriegbe, representing Kwara Central senatorial district, to the beneficiaries, the NEMA boss admonished beneficiaries to make judicious use of the relief items and not to sell them.

He said that rainstorm that bedevilled Ilorin East, Ilorin West, Ilorin South and Asa local government areas of the state was characterised by strong winds and storm in an extreme situation, adding that it was a practical demonstration of the kind of havoc storm could cause.

“Consequently, many houses were shattered and several rooftops were blown off, affecting about 528 households”, he said.

We must insulate ourselves from politicians, CNA tells chairman Benue Assembly