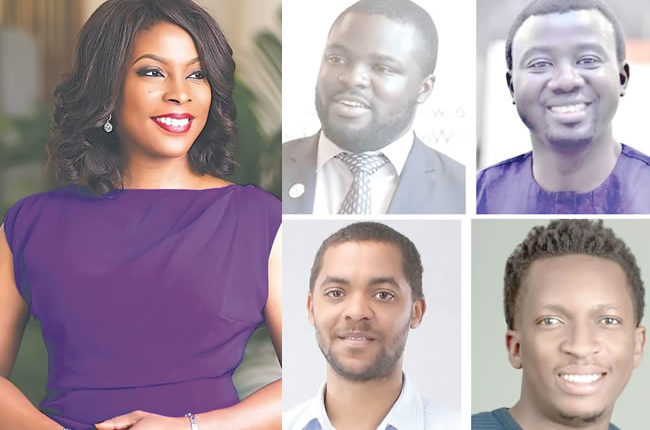 So, today, we look at some common leadership misconceptions.

Leadership is about the leader

But when a leader sees himself as the center of his leadership, he does not care about growing the people, neither is his focus the growth of the organization. As he continues in the pursuit of his personal interests, his people suffer neglect and the same fate is visited on the organization. At the end of the day, both the people and the organization are brought to ruin because of the misadventure of a leader who failed to understand the purpose of leadership.

Leadership is reward for hard work

But those who see their elevation into leadership as a call to work hard assume office with the desire to effect a change. They go into office with a determination to serve their people and the organization with a view to improving their lot. So, they give the best of their brain and brawn to improve the system. As a result of their servant-leadership mindset, they get better and so do the organization and the people.

So, instead of seeing your leadership as a reward, see it as a call to serve. See leadership as a challenge to build up the people and the organization and in the course of doing that, you build a legacy for yourself.

Leadership is about popularity

Quite a number of leaders get into the quicksand that foists stagnation on them due to their desire to be popular with those they lead. So, rather than take the necessary tough decisions that would change the tide in favour of the people and the organization in the long run, they embark on popular and seemingly appealing activities that do little to improve the state of the people. Leaders who seek popularity like to make the people feel good but unfortunately they miss out on the purpose of leadership, which is to make them get better. To make people feel good is to keep them in their current state, to leave them in their state of comfort, to condone their weaknesses and excesses. But that is not the calling of a leader. A leader’s duty is to stretch his people to make them grow beyond what they had ever envisaged. As opined by Rosalyn Carter, while a leader takes a people where they want to go, a great leader takes his people where they don’t necessarily want to go, but ought to be. The import of this is that while an ordinary leader seeks popularity, a great leader aims at significance by doing the right things.

Leadership is not a popularity contest. At the heart of leadership is the need to empower others for success. No matter how liked a leader is, if he does not deliver on his mandate to take the people to a point which is better than where they started off, the likeness will turn to hatred in due course. That is why leaders who ride to office on a huge dose of goodwill but fail to meet the aspiration and yearnings of the subject are usually revolted against. So, don’t strive to be popular. Don’t seek to be liked. Don’t act nice. Do what is right even if it is hurtful and you will still earn the respect of those you lead because the result would vindicate you. According to Peter Drucker, effective leadership is not about making speeches or being liked; leadership is defined by results not attributes.

Leadership is about apportioning blames

While the leader has the responsibility to ensure that rules and regulations governing the organization are adhered to by all and sundry, if he goes around with the air of apportioning blames, he would make mincemeat of his leadership and cap the potential of the organization. Creativity thrives where people have a right to fail. But when a leader gives the impression that failing is not permissible, employees become too careful and too cautious and are unable to unleash their talents. This has a telling effect on the fortune of the company.

Rather than make apportioning blames his job, a great leader will take the bullet for his people. He will willingly take the blame when things go awry. Doing this would accomplish two things. One, the employees will give their best to the organization. Then, they will grow to trust their leader.

Employees will trust their superiors and go out on a limb for their organizations once they are convinced that their leaders have their back. Employees are encouraged to take risks for their organizations if they know that they will be protected should things run contrary to expectations. What leadership demands from the followers most of the time is total commitment. But commitment does not happen in a vacuum. Commitment is a product of trust. When employees know that the leader will protect them, they grow to trust him and this inspires commitment in them. When leaders make it abundantly clear that they will protect their subordinates’ interest even beyond the call of duty, what they earn in return is the trust of such subordinates. One thing about trust is that it cannot be legislated; it is a response to the leader’s attitude to others. A leader that values his people and cares for them will earn their trust with ease. On the other hand, when a leader is ready to punish every mistake of his subordinates, it will be difficult to earn their trust. The best the leader can hope to get from them is compliance. The difference is that while the committed are willing to go the extra mile, the compliant are not willing to exceed the call of duty. While the committed own the task, the compliant do not. They do not see the task as their own but the leader’s. So, they are not bothered by its success or failure.

Leaders have all the answers

The thinking that just one person has all the answers is exceedingly fallacious because according to Sidney Yoshida, a Japanese consultant, the higher a leader goes in an organization, the less he knows about the real problems bedeviling the organization.

The higher a leader goes in an organization, the less of its problems he is aware of. So, if a leader thinks he has all the answers, he would injure the interest of his organization. The best thing is to get close to employees from all cadres so that he can have access to information that would help him and others solve as many problems of the organization as possible.

Leading right starts with understanding the fundamentals of leadership.

Men in Dark Times (I)