Five killed, many injured as building occupied by flood victims collapses in Kogi 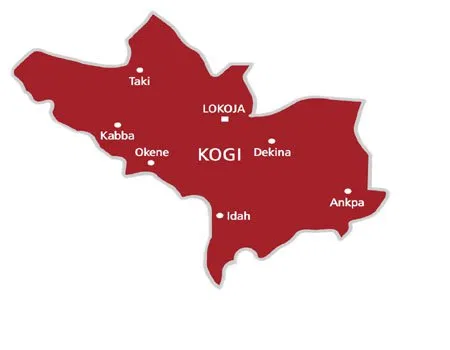 Five persons died when a building at Ayah town in Ibaji local government area of Kogi state collapsed and left some unconscious with severe injuries.

Tribune online learnt that the incident occured on Wednesday and following the flooding of houses in the affected communities, many residents who could not be evacuated from danger surged to few-storey buildings available in their areas where they have remained amidst severe hunger since the past month the disaster has lasted.

The building is said to belong to one Sunday Ineke Inajor.

Unfortunately, a source said, the owner of the building, Mr Inajor whose top floor was occupied by many natives of Ayah collapsed leaving many casualties.

“A house collapsed at Ayah community, five people died instantly, many are unconscious while many were injured,” a native of Ibaji, Mr Saturday Aromeh, raised the alarm on Thursday.

It was gathered that the injured persons are still at the scene of the incident as the flood could not allow their evacuation to the hospital in Idah.

About 10 persons were earlier reported to have died on account of the flood disaster in Ibaji this year.

Both government and relief agencies have not shown up in Ibaji since the flood disaster commenced over a month ago despite several alarms raised by different socio-cultural groups, non-governmental organizations and individuals drawing the attention of the government to the plights of the victims, who were in dire need of evacuation, medication, food and provision of Internally Displaced Persons(IDP) camps.

Some leaders and politicians from the local government who reacted to the Wednesday incident that claimed five lives under the condition of anonymity lambasted the government for refusing to intervene and rescue the flood victims who had been trapped in their communities under dangerous conditions for several weeks.

“It is surprising that our appeals to various levels of government had fallen on deaf ears while the people affected by the flood have been passing through hell and now to the extent of dying due to negligence of the agencies responsible for evacuating them,” a native said.

The Ibaji Unity Forum(IUF), an umbrella socio-cultural group for Ibaji indigenes both at home and in the Diaspora, had sent a save-our-soul letter to the government and the National Emergency Relief Agency(NEMA) to provide relief assistance to the flood victims but there has not been any official response even when relief materials are being distributed to victims in other states.

In one of the letters to the Director-General of NEMA, the IUF wrote, “We write to solicit urgent support, intervention, relief materials and palliatives for the people of Ibaji whose entire land area is submerged by this year’s (2022) flood. The people of Ibaji LGA with a population of over 197,000, according to the 2006 Population Census are urgently in need of the following: Medicals and drugs, food, clothes and temporary shelter (IDP camps) etc.”

The SOS was signed by Barrister Stephen Ucholla and Engr. Henry Akoje, President and Secretary of the organization respectively, also made a passionate appeal to the state Governor, Yahaya Bello to pay a visit to the flood-ravaged communities in Ibaji to evaluate the monumental damages done to lives and property with a view to providing relief assistance to the affected people but, as learnt, no meaningful step has been taken in response to the request.

However, investigations reveal that many inhabitants of Ibaji communities could be in for more trouble when the floods rescind as many buildings had been destroyed, and roads cut off while their farms and unharvested crops before the incident occurred had been completely destroyed.

Naira redesign will not cause inflation, could lead to fall in GDP —Rewane