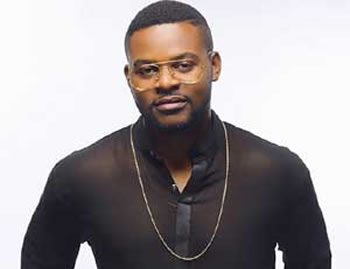 The ‘Love Don’t Care’ crooner, who admitted that she wrote, mixed and mastered the Soldier song, told Saturday Tribune in an interview that she and Falz have begun the shoot of ‘Soldier’ part two.

“We are seriously working on it,” she said. “Falz and I are really committed to releasing ‘Soldier’ part two, especially because of the requests. Everybody keep asking. I ask everyone to have some patience and faith in us”.

About her relationship with Falz, who recently bagged a BET award as best international act and who she has featured in a magazine cover with, Simi said she has “a musical chemistry” with Falz before disclosing that she is in a committed relationship with someone else.

“I guess people can just sense the chemistry, but it does not automatically translate to romantic relationship. The magazine cover was a shoot for artistes that are buzzing. I guess because we did a song together and sometimes we like to take pictures in an event. I am actually in a relationship. Falz and I are good friends,” she said.

Simi also revealed plans to release her maiden album later this year. “I am working hard to make sure it comes out this year. These things are sometimes not in my hands. I have a team, but we are doing our best to drop the body of work this year.”

Agric will save Taraba from bankruptcy —Governor