FACT CHECK: Claim that MTN office in Lagos was set ablaze is FALSE 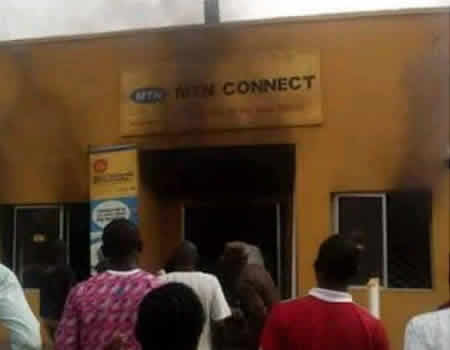 CONCLUSION: The claim is FALSE. MTN office was not set ablaze in Lagos.

FULL TEXT: Following the xenophobic attacks on Nigerians living in South Africa, A twitter user at the early hour of Tuesday claimed that Nigerians in a retaliatory mode went ahead to set the Apapa office of the MTN ablaze. The tweet with an accompanying picture of a burning MTN office read in full: 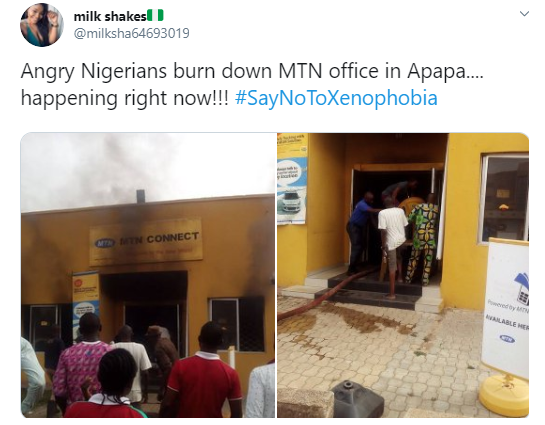 1stnews, WithinNigeria, lailasnews and some other Nigerian blogs also published the story with the picture to claim that some angry people have stormed the MTN office in Apapa to set it ablaze.

Also, the story was seen published on a popular Nigerian blog Lindaikejisblog, referencing the Twitter user and with a screenshot of the tweet.

Meanwhile, Tribune Online findings revealed that there was no attack of such on any MTN office in Apapa nor on any of their offices in Nigeria. It was also gathered the accompanying picture with the claim could only be traced to an incidence of a fire incident that occurred on the Tanke branch of the  MTN office in Ilorin in March, 2015.

ALSO READ: FACTCHECK: FALSE, newborn babies not made to sleep on plastic chairs in Nigeria!

CONCLUSION: The picture is only a TRUE picture of when fire gutted the Tanke branch of the MTN office in Ilorin nonetheless, the claim is FALSE because there was no recent attack on any MTN office in Apapa, as claimed.

Tribunal; INEC should not have declared Tambuwal winner with 342 Votes ― Izinyon