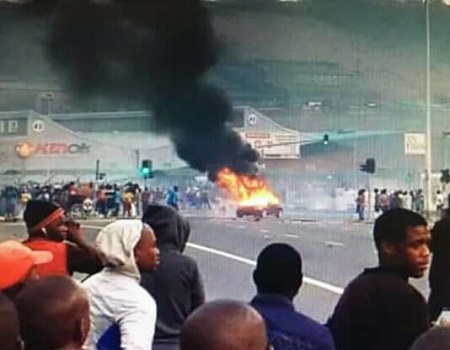 OBA Hameed Adekunle, the Olowu of Kuta in Osun, said on Tuesday that the xenophobic attacks against Nigerians in South Africa were premeditated going by comments credited to some South African leaders in the past.

The monarch, in a statement in Osogbo, urged the Federal Government to step up efforts to stop the attacks.

He said such efforts were necessary before Nigerians become agitated and resort to self-help which may lead to a diplomatic row if not well handled.

Adekunle said that in spite of the show of brotherliness and being a pillar of support during the apartheid era, South Africans had not reciprocated the same gesture toward Nigerian living in their country.

The monarch called on well-meaning Nigerians and various influential groups such as Ohaneze Ndigbo, Afenifere, labour unions, civil society organisations and student groups to speak out against the ugly development.

“It is becoming crystal clear every day that these premeditated attacks and killings of our brothers and sisters in South Africa won’t stop unless we tell them in clear terms that we can defend ourselves.

“It is unbelievable that a country we stood behind like the Rock of Gibraltar and donated $3million of our hard-earned resources to fight apartheid could turn around and treat us with disdain and unwarranted attacks and killings like we are witnessing now.

“A situation where a country that enjoys tremendous support and multi-billion investments such as DSTV and MTN just to mention a few in Nigeria could be killing our people leaves much to be desired,” the monarch said.