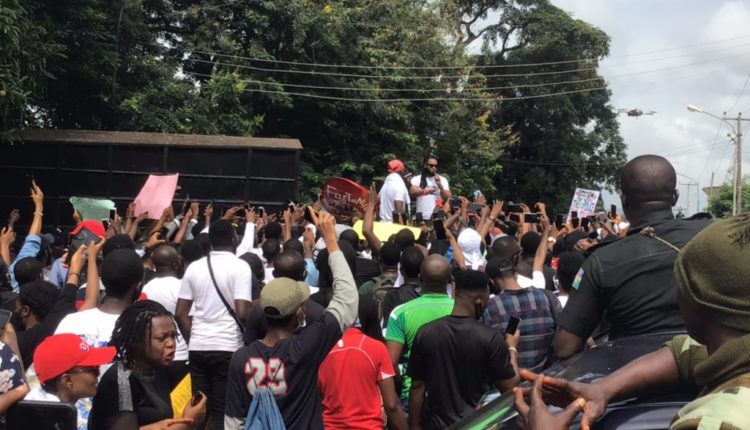 Members of the #EndSARS protesters have again taken to the street of Abuja in continuation of her protest against injustices perpetrated by the Police against Nigerian youths.

The organized group is doing this in defiance to the FCT ban on public procession over non-compliance to Covid 19 protocol.

The youth took off from the Unity Fountain in a motorcade rode through the CBD on Ahmadu Bello Way, Abuja

The All Progressives Congress (APC) has told a Federal High Court in Abuja, that the Comrade Adams Oshiomhole-led National Working Committee (NWC) was sacked to solve the internal leadership crises rocking the party…##EndSARS protesters

The party also said that immediately the Caretaker/Extraordinary Convention Planning Committee was put in place after the NWC’s dissolution, the crises that had characterised its affairs were laid to rest….#EndSARS protesters

The Emir of Zazzau, in Kaduna State, Alhaji Shehu Idris has died in his palace at the age of 84….#EndSARS protesters

His son, Aminu Shehu Idris, confirmed in an interview with the Tribune Online that his late father who was appointed on 15th February, 1975 and spent 45 years in the throne died on Sunday after a protracted illness…#EndSARS protesters