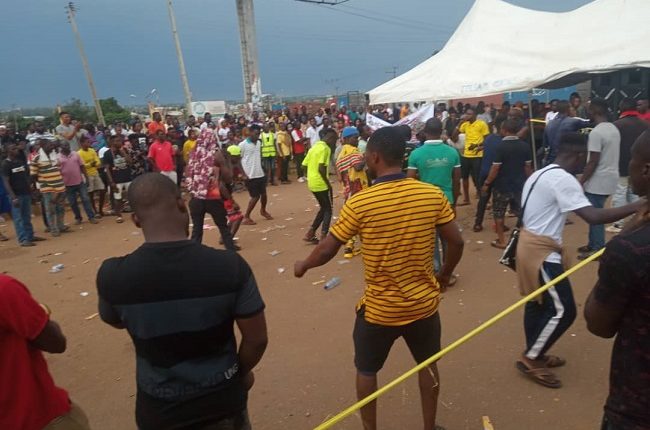 Protesters campaigning against brutality by officers of the Police Special Anti-Robbery Squad (SARS) on Monday grounded Akure and disrupted economic activities in the Ondo State capital.

The protesters who clustered at the entrance of the town located at the major Akure/Ilesha/Owo expressway stalled vehicular movements while travellers were stranded for many hours.

Schoolchildren who just resumed for academic activities on Monday, as well as, workers and several other persons who were trapped as a result of the protest trekked to their destinations. Others who could not trek had to turn back home after being held up by protesters who had trooped to the streets as early as 7 am.

Armed with placards, singing different solidarity songs, barricading the road with trucks, tents and canopy, they prevented vehicular movements on the ever-busy road for several hours.

Most of the motorists lamented over the development while some travellers took alternative routes to their destinations while some were unlucky to move out of the traffic logjam.

Men of the Federal Road Safety Corps (FRSC) were helpless to do anything about the heavy traffic as the protesters continued with their protest, while some of the protesters were seen cooking on the road. 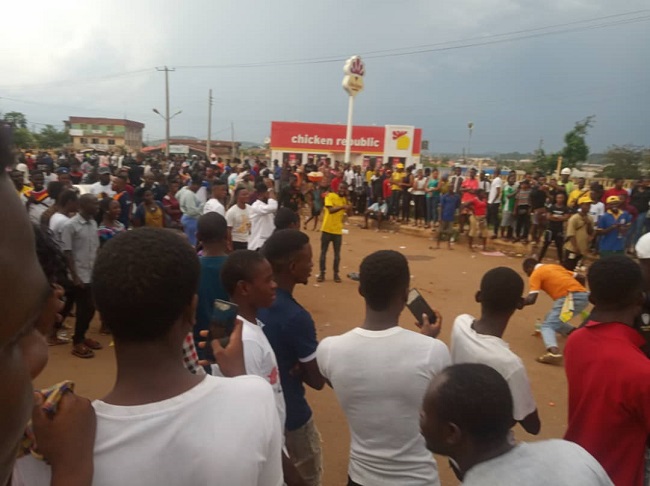 Speaking with Tribune Online, one of the protesters, Olaniyi Michael, said the protest had been peaceful and controlled, while hoodlums had been prevented from hijacking the protest.

He said: “We blocked the highway to make the protest be felt by everyone in the country. We are being peaceful so far, and we will continue to be peaceful. So people should bear with us for now. We are all going to enjoy it at the end of the day.”

It will be recalled that the state governor, Mr Rotimi Akeredolu while speaking with the protesting youths last week, said the government would set up a committee to receive complaints from members of the public on illegal detention, extortion and brutality by officers of the Nigeria Police Force in the state.

The governor who described the committee as an expression of his support and belief in the ongoing protest urged the protesters to take advantage of the committee by bringing to their notice all complaints and issues around police brutality, extortion and harassment.

“So, right from the President, to the Vice President to the Inspector General of Police, all of us held a meeting yesterday at the National Executive Council and we made clear that there must be a reform of the Nigeria Police. And it has to be reformed.