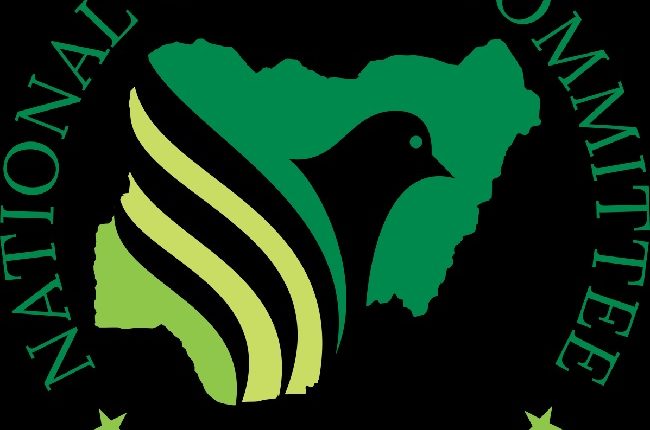 Members of the National Peace Committee have expressed concern over the loss of lives and arson arising from the ongoing movement for the reform of the Nigerian Police Force tagged,  #EndSARS Protests.

In a statement signed by the duo of former military Head of State, General Abdulsalami  Abubakar and  Bishop Matthew Hassan Kukah,  they cautioned against the high handedness of the security agencies. They equally appealed to the youths to review their strategies against the backdrop of promise by the Federal Government to consider their demands.

The NPC  further appealed to President  Muhammadu Buhari to take very seriously, the grievances that the youths have expressed and layout more clearly, a short medium and long- term programme for meeting the objectives of the protests for the growth of our democracy.

The statement read in part: “We watched with utter shock, deep sorrow and sadness, the events that have taken place across the country in the wake of these protests by our youths. We have seen ugly scenes of activities that are totally unrelated to the goals of the youth protesters. This is very sad, but we call for calm among our people and appeal to the President to ensure that the rights of citizens are fully respected and protected.

“The right to protest is considered a cardinal principle in human existence wherever individuals live together as a family or a community. Every community is formed and strengthened by the contribution of all its members. The respect for and defence of the right of each member of the community is what sustains and strengthens that community. Therefore, when an individual or some members feel aggrieved, it is their right to seek redress within the rules guiding their existence and that of the community.

“It is against this backdrop that we must see the Endsars protests by the youths in our dear country as a legitimate pursuit. Like millions of other Nigerians, we all concede that it is within the rights of our youths to express their grievances with the system. However, the right to protest is not an absolute right independent of the machinery and laws that govern a given society. Whenever an individual or a group protests in the face of an injury, it is often based on the fact that other remedies have not worked. Notwithstanding this, the right of the protester must include the belief that redress will benefit both the aggrieved and the larger society.

“In the last two weeks, we have watched as the protests spread across the country. What started as a peaceful demonstration of grievances against the unacceptable conduct of some elements within the security apparatus is gradually becoming an object of concern for the youths with legitimate concerns, the government and the larger society. We assumed that the protests were an effort at ensuring that the grievances of the youths are heard. It is clear that at all levels, there has been a response. These responses show clearly that everyone acknowledges the sentiments that the protests have expressed. Now, there is a need to pause for many reasons.

“The federal government has apologised and this is commendable. The state governors have responded promptly by acknowledging the genuine grievances of the youths, and thirdly, the Inspector General of Police has also been quite decisive. We believe that in any civilised pursuit of the common good, these steps show some level of goodwill and an acknowledgement that the grievances of the youths are taken seriously. The freedom to protest ends and imposes a right on the protester when the agent acknowledges the circumstances that have led to the protest.

“Therefore, we call on the youths to respond appropriately by accepting the show of faith by all levels of government and the Police Force.

“Developments among some of the youths are causing some very serious concerns and could lead to a defeat for the noble project that the genuinely aggrieved youths have embarked upon. We call for a pause because the COVID-19 pandemic does not recognise our protests and it is dangerous for us to let our guards down especially when we see what is happening around the world with the new threats of the resurgence of this pandemic. Again, the youths are beginning to show signs of differences in objectives with the sudden emergence of criminal elements that are resorting to violence and mayhem. Burning down a Police Station, destroying Police vehicles and endangering the lives of innocent citizens cannot be a way to show concern for the Police force. It is also not possible that a responsible government will stand by to allow this chaos to continue.

“We, therefore, call for a pause because the further escalation of violence could become counterproductive. We are already seeing youths arming themselves against fellow youths. This ugly development could set the youths back on the path of progress and derail their capacity to become leaders themselves in the future. There is therefore the need for the youths to be sensitive to the concerns of their parents who are already under the dead weight of poverty and grave social challenges. A pause is urgent so that all sides can prepare for negotiations that benefit everyone. This will reposition the country to consolidate on the gains of democracy.

“We appeal to the President to take very seriously, the grievances that the youths have expressed and layout more clearly, a short medium and long- term programme for meeting the objectives of the protests for the growth of our democracy. We appeal to the youths to heed wise counsel and prepare for a series of negotiations over the issues raised. The longer the protests continue, the more likely it is that infiltrators could destroy everything that the youths have worked for. We appeal to all sides to heed the saying: A giant does not lose anything by bending down to shake hands with a dwarf.  We call on all sides to sheathe their swords and find a common ground for negotiations. ”

Changes on the Horizon for Lagos Gambling Rules