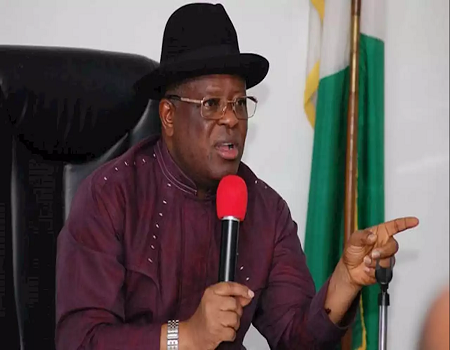 Gov. Umahi gave the command during the swearing-in of the 8-man judicial panel committee chaired by Retired chief judge of the state, Justice Alloy Nwankwo.

According to Umahi, the panel shall evaluate all evidence presented and the surrounding circumstances before drawing a conclusion.

“He further added that the panel will also make amends, compensation and other remedial measures where appropriate.

Umahi stated that the Chairman and the members of the panel will not be liable to any action or sued for any matter but shall have the power to issue power or issue authority to anyone for evidence during this procedure.

He, however, urged members of the panel to conclude and submit its report at Abakaliki within the period of six months from the date of their being sworn-in unless in issues of certain reasons why the state should allow agitation.

He then directed the chairman of the committee and the members to subscribe to an appropriate code under section 6 of the Commission of Inquiry before commencing the assignment.

In an acceptance speech, the Chairman of the committee Justice Alloy Nwankwo (RTD) promised that the committee shall discharge their duties effectively.