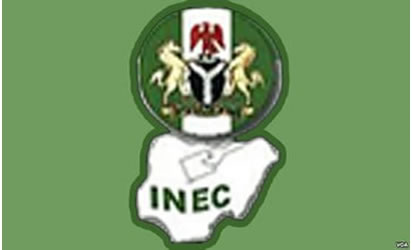 Pai told the News Agency of Nigeria (NAN), on Wednesday in Jos that a bulk of the workers would be serving NYSC members, while others would come from federal tertiary schools, ministries and departments.

He said that the ad hoc staff would undergo rigorous training after which oaths would be administered on them to guide against compromise.

Pai said that INEC had also engaged security personnel to check the background of applicants to ensure that people with links to politics and politicians were not engaged.

He said that non-sensitive materials were already being received, with 232 cartons of ballot boxes brought to Jos on Tuesday.

“We expect 464 cartons of ballot boxes; we have so far received half. The rest will arrive in Jos very soon,’’ he said.

Pai said that trainings were already being organised for security personnel that would be involved in the election exercise, adding that emphasis was on effective crowd handling, integrity and impartiality.

He said that INEC had met with stakeholders, including religious, traditional, community and youth leaders, to seek their cooperation toward free and credible polls, adding that their response had been “very impressive’’.

“All the stakeholders appear ready to support us and offer maximum cooperation. Everyone appears keen and ready to play his or her own role to ensure a free and fair election,’’ he said.

According to him, meetings with INEC permanent workers have also become more regular because of their crucial role toward the success of the elections scheduled to hold Feb. 16 and March 2.

“We try to admonish the INEC staff against compromise. We have tried to motivate them and also let them know that those found to have compromised standards will face severe sanctions.

“We have also tried to ensure that the workers are well cared for so that they will not be tempted by politicians,’’ he said.

Pai, however, regretted that many Permanent Voter Cards (PVCs), had not been collected, saying that the distribution, which was hitherto limited to the 17 local government headquarters, would commence at the 207 wards from Jan. 16.

“From our findings, 355,000 PVCs have not been collected. This is not good. We feel that such non-collection will lead to a very low turnout. That is why we are taking the cards to the wards,’’ he said.

On the fate of Internally Displaced Persons (IDPs), currently in various camps in Riyom and Barkin-Ladi, Pai said that a special arrangement had been designed to ensure that they were not left out.

“We are moving to the IDPs camps to ensure that they all receive their PVCs. We have also established IDPs voting points. When they vote, we shall merge such votes with their mother polling units,’’ he explained.

Pai said that INEC would soon sign a Memorandum of Understanding with the Plateau chapter of the National Union of Road Transport Workers (NURTW), to ease the transportation of men and materials during the exercise.

The INEC commissioner appealed to politicians to play the game by the rules of the electoral process to ensure a smooth, simple and credible exercise and promised that INEC would be fair to all.

He expressed gratitude to the political parties in Plateau for eschewing violence in the campaigns, noting that no “evil development’’ had been reported in the ongoing electioneering so far.