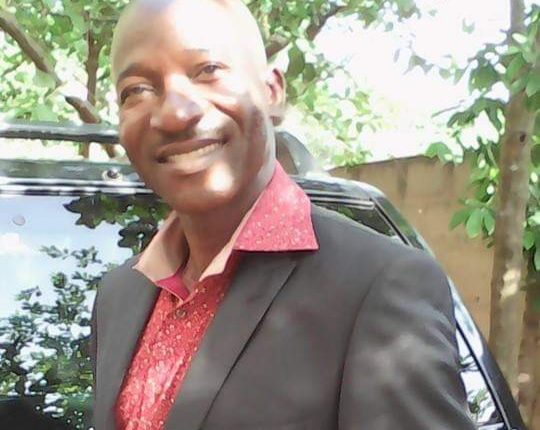 The Special Assistant to Governor David Umahi on Youth Mobilization and Airport development, Hon. Mark Onu, has denied his involvement in the recent attack on the former coordinator of Anuagata Development Center, Barr. Amos Ogbonnaya as speculated on social media.

Onu made his feelings known in a statement made available to newsmen on Saturday while condemning the attacks on Governor David Umahi by PDP South-East zonal vice chairman, chief Ali Odefa and other members of the party over the attack of G-64 member.

According to him, the activities of the so-called G-64 is only to score cheap popularity.

Onu, then noted that mentioning his name in the attack by People’s Democratic Party (PDP) members from the state remains a clear plan to bring down his reputation and cause disaffection between him and his master, Governor David Umahi.

The statement reads, “I wish to reiterate and shockingly inform the general public that I am still the founder and National President of Akubaraoha Youth Assembly, the umbrella body of all the youths in Ebonyi State working for good governance, justice, equity, maintenance of internal security and overall promotions of the administration of our youth-friendly Governor, His Excellency, Chief (Dr.) David Nweze Umahi (Akubaraoha).

“Furthermore, my attention has been drawn to a ‘puerile, infantile and gibberish publication trailing on social media by one Barr. Silas Joseph Onu, the embattled Abuja-based Publicity Secretary of the moribund PDP in Ebonyi State, Hon. Ali Odefa and Hon. Linus Okorie who in their futile attempt to link me with the activities of the former Coordinator of Anuagata DC, Okposi and leader of the notorious G-64, Hon. Amos Ogbonnaya all in an attempt to bring down my reputation before the public, spite and cause disaffection between myself and the government I serve in a very high capacity as a Special Assistant to the Governor.

“For record purposes, let it be stated herein that I, Hon. Mark Onu had hitherto condemned in strong terms, the attacks on our dear Governor by Ali Odefa and his gangster cohorts, the activities of the so-called G-64, a bunch of incompetent former Coordinators of Development Centres who had stooped very low and resorted in throwing tantrums, discrediting the government, misinforming the gullible public and scoring cheap popularity.

“Having stated all these, let me warn seriously Silas Joseph Onu, Ali Odefa, Linus Okorie and their cohorts that enough is enough with their rubbish, endless press releases, rejoinders and visible gang-ups against our dear Governor.

“Their energy should rather be channelled to how to resolve the internal crises rocking their party(PDP) in Ebonyi State, re-strategize on how to win elections in 2023 rather than dwelling on frivolities through attacks, false alarm and false accusations.

“Also, I wish to reaffirm my unflinching support and unwavering loyalty to the youth-friendly administration of His Excellency, Chief David Nweze Umahi who has performed extremely and creditably beyond expectations.

“His laudable, people-oriented and grassroots projects in Ebonyi State are visible even to the blind. Governor Umahi’s rollout of youth-oriented policies and programs has rekindled hope to Ebonyi youths and hugely made them self reliant and less dependent on the government.

“Ali Odefa, Silas Onu, Linus Okorie, G-64 and other agents of destruction in the moribund PDP in Ebonyi State should therefore accept that the glory and magic wands of Governor Umahi have long ago left their party since he defected to APC.

“They should focus and engage the government with constructive criticisms rather than constantly swimming in the mud.

Democracy Day: Buhari’s speeches expose him as not serving Nigerians’…