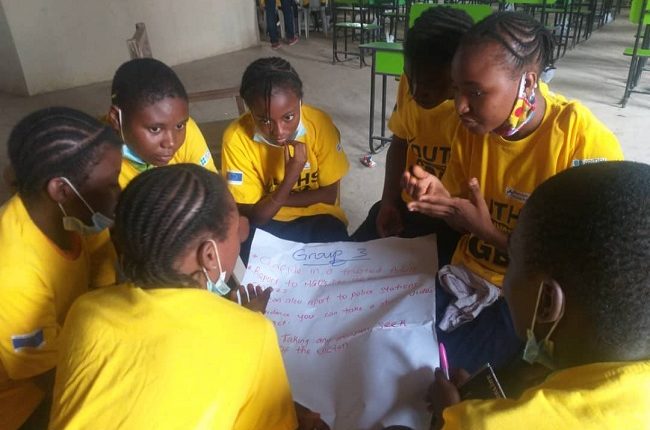 Students in Lagos State have been advised not to keep cases of sexual assault or any other violence against them or any other person around them to themselves but to speak out by reporting such cases to appropriate quarters for help and for action against perpetrators.

The Women’s Rights and Health Project (WRAHP), a non-governmental organisation, gave the advice at a two-day workshop where it trained no fewer than 40 male and female students of Abbot Dayspring Schools, Ayobo, in Alimosho Local Government area of Lagos State, on Sexual and Gender-Based Violence(SGBV) on Wednesday.

The training was part of WRAHP’s awareness efforts towards increasing access to justice-related services on SGBV among secondary school students in Lagos State and particularly in Alimosho local government area, which has the highest burden of SGBV cases in the state.

The group, however, targets a minimum of 400 students in selected private and public schools in the LGA for the training, which is being supported by international organisations including the British Council, among others.

Speaking at the workshop, Executive Director of WRAHP, Mrs Bose Ironsi, told the students to always stand up against any form of sexual assault including rape, sexual harassment and any other forms of violence perpetrated against them or any other person around them on the basis of their gender.

She said keeping silence on any SGBV would not only encourage perpetrators to do worse but would also encourage others to do likewise, adding that the society at large would suffer for it.

Mrs Ironsi, who spoke through WRAHP’s centre Assistant Officer, Nneoma Ezuma, also enlightened the students on some myths and realities surrounding SGBV including female genital mutilation, a woman should not be heard where man is speaking, child labour and so forth, saying all those beliefs are no longer applicable to this modern world.

She said both men and women have equal fundamental rights in law and they should therefore live their lives by dreaming big and striving towards achievement but without infringement on other people’s rights.

She also told them that while they should give their studies deserved attention, they should also know that they have the liberty to pursue careers in any professions they know to be suitable and capable of doing.

According to her, there is no profession or trade in this present world that is exclusive to either men or women.

In spite of the huge investment in the water sector by the government and international organisations, water scarcity has grown to become a perennial nightmare for residents of Abeokuta, the Ogun State capital. This report x-rays the lives and experiences of residents in getting clean, potable and affordable water amidst the surge of COVID-19 cases in the state…Don’t keep silent  Don’t keep silent

The Lagos-Ibadan railway was inaugurated recently for a full paid operation by the Nigerian Railway Corporation after about a year of free test-run. Our reporter joined the train to and fro Lagos from Ibadan and tells his experience in this report…Don’t keep silent  Don’t keep silent