Direct primaries: Why NASS should have allowed political parties to make their own decisions —Ayodele 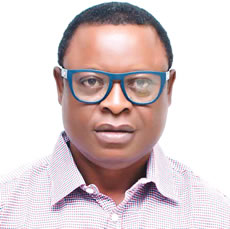 Bonnie Ayodele, a professor of Political Science, Ekiti State University, speaks with IMOLEAYO OYEDEYI on NASS’s approval of direct primaries for political parties as well as the performance of the Independent National Electoral Commission (INEC) in the November 6 governorship election in Anambra State, among others.

My disagreement is about the legislature deciding how the political parties should arrive at their primaries. For me, that is an over-do. You cannot legislate that or constitutionalise it. Parties should be free enough to know how they arrive at their primaries. But you know in Nigeria, politics is played anyhow, so I believe it is about reducing the level of animosity and quarrel and discontentment within the polity, and to sanitise the entire system. You see, one of the best things about human society is the ability to reorganise itself. So we must be able to create room for ideas and innovations that could make the whole system better for us. Aside anybody who would feel like his or her interests are being threatened, the direct primary is about transparency and equal participation. It frowns on the idea of imposing candidates on the people. So with this, I think it is a welcome idea. But I still believe the parties should have the last say on how they want to run their primaries. The idea of the legislature deciding for them is not something I am comfortable with, but if it will make the system better, then I think I am in for it.

The governors and the Peoples Democratic Party (PDP) have argued that direct primary would be too expensive for each of the political parties to run, which is why they are moving for the indirect primary. But some analysts have stressed that the indirect primary is giving room for godfatherism in Nigerian politics and encouraging imposition of candidates. What do you make of this?

There is no doubt about that, it is quite expensive. You see, if you go to any part of the world and you ask about what people use in politics, everything balls down to money. Even in our respective homes, the only way you can maintain peace with you, your wife and family is money. Money is at the centre of everything. If we can reduce expenses by not going into direct primaries, I buy into the idea of the governors that say it will be really expensive. But if you see the way they have been imposing candidates, the way the primaries have not been transparent, then we can equally try and see where direct primary will land us. Maybe if it is too expensive for us to take, then we can change the law too. So I think we should take it to operations, so it can reduce the kind of problems we used to have.

Looking at the recently held election in Anambra State, how will you rate INEC’s performance?

One needs to be very frank. There was no doubt that the series of incidents that trailed the election had instilled fear into many people and made them to believe that even if an election was held in Anambra, it might be one of the most violent ever conducted in the history of Nigeria. The terrific warning system then equally imposed the fact that violence may be the order of the day, considering IPOB’s earlier order of no elections. But be that as it may, INEC made us understand that they were on top of their game and that the election would actually be free and fair. Talking about the conduct of the elections, I will say that with the innovations that INEC deployed during the election, one can not hesitate to give them credit as they have not done badly. Even when the election was first declared inconclusive, its concluding part was done hurriedly. If you see the outcome of the election, it reflects a pass mark for INEC itself. And I think, considering the fellow that actually won, the Nigerian election is slowly moving towards predictability, in response to the opinion poll, a reflection that the election management body did not perform badly.

With the technical glitches that disenfranchised many Anambra residents during the election, some people have argued that INEC ought to have  test-run the BVAS devices before deploying them for the state poll. What is your take on this?

I do not think those who gave those opinions are right in that respect. You see, we are dealing with technology; there is no perfect technology that cannot be susceptible to some kind of virus towards a marginal end. And I do not think that many people were quite disenfranchised. Even if INEC had tested the device, we cannot guarantee hundred per cent accuracy as we will find some few developments that will not go the way some people had expected. So in science, those kinds of gaps are always allowed. I will not say I did not agree with the one-sided opinion of disenfranchisement. We all saw the report. Though we might not be able to give INEC a hundred per cent mark, it was a fair election and a well conducted one. I think even among those who contested, barely can we find people who could protest the outcome of the election. We need to give them a pat on the back in this respect. That is not to say there is no room for improvement. There will always be room for improvement in everything when dealing with human beings. Humans are bound to make errors.

But the APC disowned the result announced by INEC. They said that they suspected some forms of rigging, as it was not possible for their candidate who had over two hundred votes during their primaries to come during the election and have about fifty thousand votes. What do you make of this?

Evidence available to us has not pointed to that. Maybe some of your colleagues covered the election. Now let me tell you something. INEC did not conduct APC primaries. I also think it was a mere speculation and people did not fact check the APC primaries’ result. It could not have been two hundred thousand votes. I think that they said over two hundred thousand registered for the APC, not that two hundred thousand voted. I said earlier that we should expect candidates, who lost out to seek the intervention of the courts, which is expected. We are in democracy, which gives room for that. Ventilations of your grievances can be heard by the judiciary. When a party loses in Nigeria, if they do not have the courage to congratulate the winner, the next thing to do is take it up to court to challenge the outcome of the election. We all know Anambra State has remained the stronghold of APGA. To dislodge APGA in Anambra State is an uphill task by any party. Not when APC by the fact that they are the ruling party, and not even the goodwill of the Anambra people. That could have played against Andy Uba, but believe me, even if he should go to court, I do not know how he would win. We know that APGA has always won the election in Anambra State, that is incontrovertible, and we know that. I think it is just an academic exercise that APC is pursuing from my own perspective. I may be wrong.

About two days ago, I was teaching my students on e-politics and e-governance. Look, the world is moving and no matter how we try to clap our hands and not join the e-train, we will be left behind. I know that the government will be courageous enough to take the bull by the horn. Nigeria needs to amend the opportunities in e-transaction, e-governance and e-administrations. When are we not going to get to the level of e-voting? We have to go that way. The electronic transmission of results is one of the best innovations that will happen to INEC. Looking at the vast space of the Nigerian political arena, are we going to rely on the orthodox method of travelling or all sorts to transmit results, when it could be done in a jiffy. You know it takes time and is more agreeable, even though it is economical. With it, people cannot transmit dubious results, but those that are collated at each polling booth. So who could have a problem with that? If the person is not trying to be mischievous, I see no reason why people should frown at electronic transmission of results.

For me, I raised an idea that what stops us from using our national identity card as voters’ card? What is the duplication of the voters’ card? The national identity card is enough as it contains your age, state of birth and everything. So, let our national ID card number be one of the usable items for anything in Nigeria, including access to health facilities, voting and others. You could decide not to vote if you do not want to. But I am an apostle of e-governance, e-voting, even e-politics. We need to move to drive ourselves to be innovative, to move to the level of doing e-politics. We must buy into it. I was even still teaching my students about e-cities, cities that are essentially governed by technology; the taxi comes to you and picks you and you don’t need to do anything. Whether we like it or not, we are just postponing the inevitable. We cannot afford not to join the e-train. The e-train has to be joined by every nation who is in the quest for development. It is one of the most accountable, easy to reach and friendly means of accessing information.

Terrorists want someone like me as president —Udom Emmanuel

If we knew it will be this way, we might have acted differently in 2019…