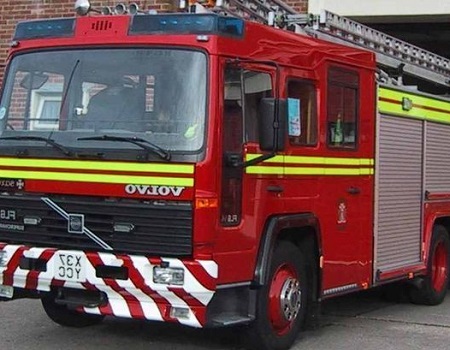 Director-General, Cross River Fire Service, Mr Dan Ugbe, has appealed for an upgrade of fire fighting equipment in the state.

Ugbe who spoke in an interview with journalists in Calabar, on Friday said the equipment is currently obsolete and there was an urgent need for government’s intervention.

The DG who was reacting to a fire incidence on Wednesday, at the Eka Ika Oqua Market, popularly known as Marian Market, said it was necessary to overhaul the fire fighting equipment in the state.

“We have experienced firefighters but our problem is equipment, although, we are trying our best with the little we have, we need a positive response from the state government.

“Also, we have been trying to communicate with the management of the Marian market to come for us to put heads together and know how to solve this problem of incessant fire outbreaks in our markets but they have not responded.

“When you get to markets in the state, you will see makeshift shops everywhere that even a small car cannot manoeuvre not to talk of a big fire fighting truck and when you tell them to get a fire extinguisher, they tell you, for what.

“We are still carrying out investigations to find out the actual or near actual cause of Wednesday’s fire incident.

“I, however, refute the allegation that we requested for diesel, it is not true, we had diesel, though we had some technical issues with the vehicle as at the time the fire was reported we did what we could and moved the vehicle.

“Before our truck arrived the scene, the situation was a bit calm because we dispatched the first crew of men to the scene immediately the situation was reported, and they were on ground to fight the fire with the public,” he said.

The News Agency of Nigeria (NAN) recalls that this was the second time in two months that a section of Marian market would go up in flames, the first was on July 4.