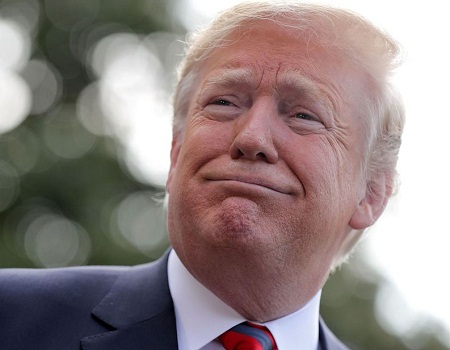 Democrats in the US House of Representatives unveiled formal charges against Donald Trump on Tuesday, moving quickly toward a momentous vote on whether to impeach the Republican president.

The Judiciary Committee is announcing two articles of impeachment charging the president of the United States, Donald J. Trump, with high crimes and misdemeanors.” The first article is for “abuse of power” and the second is “obstruction of Congress.”

“When he was caught, when the House investigated and opened an impeachment inquiry, President Trump engaged in unprecedented categorical and indiscriminate defiance of the impeachment inquiry. This gives rise to the second article of impeachment, for obstruction of Congress.”

“Elections are the cornerstone of democracy and are foundational to the rule of law. But the integrity of our next election is at risk from a president who has already sought foreign interference in the 2016 and 2020 elections, and who consistently puts himself above country. That is why we must act now.”

“Later this week, the Judiciary Committee will meet to consider these articles of impeachment and make a recommendation to the full House of Representatives.”

“To do nothing would make ourselves complicit” in Trump’s actions.

“To Impeach a President who has proven through results, including producing perhaps the strongest economy in our country’s history, to have one of the most successful presidencies ever, and most importantly, who has done NOTHING wrong, is sheer Political Madness! #2020Election”

“For months, Nancy Pelosi said she wouldn’t move forward on impeachment because it was too divisive and it needed bipartisan support. Well, it is divisive and only the Democrats are pushing it, but she’s doing it anyway. Americans don’t agree with this rank partisanship, but Democrats are putting on this political theater because they don’t have a viable candidate for 2020 and they know it.”

“Dems unveiled their baseless, partisan articles of impeachment. They have no case for impeachment. No bribery. No quid pro quo. No abuse of power. The facts aren’t on their side. This is a pathetic political mission to try to rig 2020 against @realDonaldTrump.”