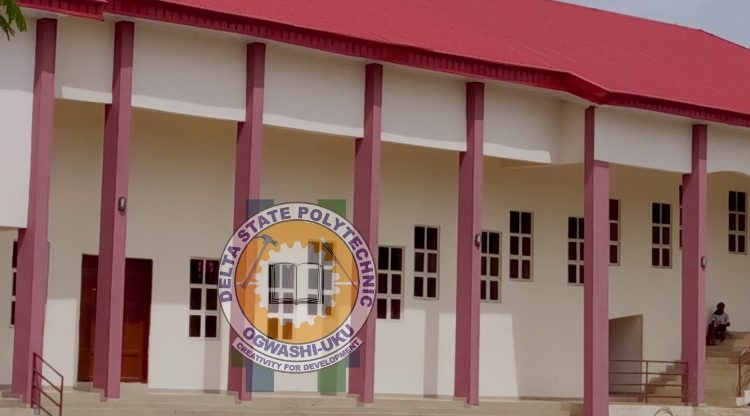 The management of Delta State Polytechnic, Ogwashi-Uku, has said the second combined convocation of the school holds on Saturday, October 12, 2019.

The Rector, Professor (Mrs) Stella Chiemeke, disclosing this to newsmen in a recent press briefing organised in preparation for this epoch making event said, the convocation which kick started on Thursday, October 10, at the polytechnic event centre, continues at the same venue by 10:00 am.

According to the highlight of the event, the convocation proper will be preceded with an interdenominational church service, to be followed by a convocation lecture, development appeal fundraising and award of excellence to distinguished personalities such as Chief James Ibori, Chief Kenneth Gbagi and other notable personalities in the state on Friday, October 11, 2019.

Speaking further, the polytechnic Rector listed some of the achievements of her administration to include the computerisation of the institution in order to improve productivity and professionalism among staff and students.

According to her, the institution currently runs 26 departments and five schools, some of the programmes as she said are fully accredited, while some are to be revisited.

The Rector revealed that one of the graduands of the polytechnic was given a national award during the National Youth Service Corps (NYSC) earlier this year.

She further revealed that out of the 27 Federal Government scholarship awards given in Delta State 23 are from the institution.

In the area of infrastructural development, the Rector maintained that her administration had established polytechnic staff children school which will assist the staff in training their children.

“Our male and female hostels are fully equipped and functional to eradicate students accommodation problems.

“We have an on going building project which is being funded by the school through IGR.

“My administration has continued to maintain a good relationship with security agencies with the polytechnic community,” she said while fielding questions from the journalists.

She added that the polytechnic has written to government and NDDC to construct roads in the school which she said the school was still hoping something will be done soon.

They are after my life ― GDPN Kogi guber candidate