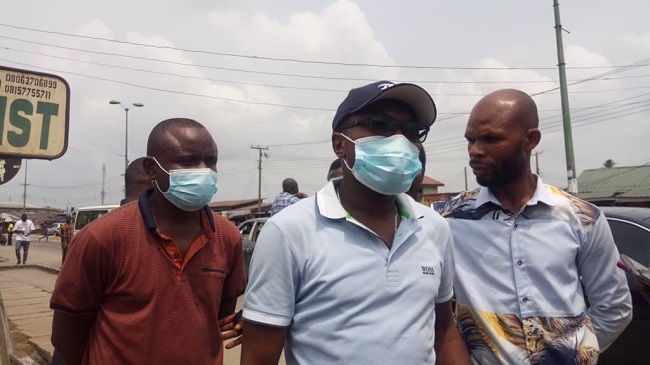 Immediate past chairman of Warri South Local Government Area of Delta State, Dr Michael Tidi, has called on all Deltans yet to vote to come out and do so, saying it is their right.

Tidi, who’s the chairmanship candidate of the People’s Democratic Party (PDP), told journalists at his Idudu Unit 14, Ward 6, on Saturday, that the election was peaceful, expressing confidence that he will be reelected.

“The election was very peaceful. If you were there, you would have seen the warm reception accorded us.

“With the massive turnout, we believe we will be elected because we went about our campaign.

“Those who have not voted should come out to vote, it is their right,” Tidi pleaded.

Meanwhile, as of 12:30a.m, reports across the state have shown that voting has yet to commence in most local governments, amid reported cases of voters apathy, non-arrival or late arrival of voting materials in local government areas such as Sapele, Ughelli South, Udu, Oshimili North and South, Burutu, Ethiope East and others.

On February 27, 2020, Nigeria’s first index case of COVID-19 was confirmed in Lagos. This was the first reported case in Sub-Saharan Africa. An Italian, who had just returned from Milan, Italy on the 25th of February 2020, was confirmed by the Virology Laboratory of the Lagos University Teaching Hospital (LUTH), and managed at the Infectious Disease Hospital (IDH) in Yaba, Lagos…Delta LG poll

At about 25 minutes, the train slowed down at the uncompleted Omi-Adio terminal, a village on the Abeokuta/Ibadan expressway; it’s a stone throw from Apata in Ibadan. Conveyance of passengers from there and other terminals has not kickstarted as the terminals are still under construction and workers were found there. ..Delta LG poll